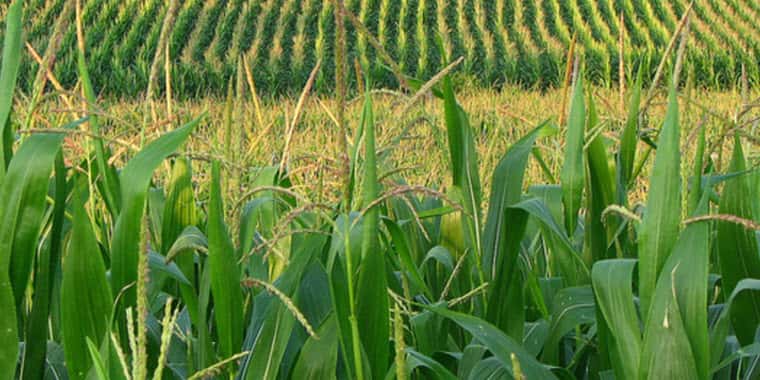 The 20 countries with which the United States has formal free trade agreements (FTAs) bought 41 percent of all U.S. ag exports and 61 percent of all U.S. coarse grains and co-products exports in 2019 – making these pacts the foundation of consistent overseas demand for the U.S. farm sector and demonstrating the urgent need for new market access to ensure U.S. ag’s future competitiveness.

The U.S. Grains Council (USGC) outlined the impact of free trade agreements on U.S. grains and grain products, including ethanol, in a formal statement submitted this month for a U.S. International Trade Commission investigation informing the U.S. Congress’ oversight of trade deals. The review does not include targeted deals entered into in recent years with Japan and China, which have also added to U.S. ag sales.

Nationwide, U.S. agricultural and related product exports have exceeded $150 billion annually for the last decade according to the U.S. Department of Agriculture’s Foreign Agricultural Service (USDA’s FAS), supporting more than 1 million American jobs and accounting for more than 30 percent of gross farm income. Of that total, U.S. coarse grains – defined by USDA as corn, barley, sorghum, oats, rye – have averaged $10.7 billion over the last five years.

“Trade agreements hold the key to opening markets and resolving tariff and non-tariff barriers to allow the movement of coarse grains, co-products in all forms and other agricultural exports to where they are demanded,” said Floyd Gaibler, Council director of trade policy and biotechnology.

“Gaining access to new and existing export markets is critical to achieve increased sales of both unprocessed and value-added feed grains products. In fact, trade negotiations are the only way to ensure countries will reduce tariffs and other barriers for the long-term.”

Expanding access to markets through new agreements is critical to maintaining U.S. competitiveness and growing market share in an increasingly active geopolitical environment.

In 1994, when the North American Free Trade Agreement (NAFTA) entered into force, there were approximately 40 preferential trade agreements with the U.S. party to only one – an FTA with Israel from 1985. Today, there are more than 306 trade agreements, 20 of which the United States has signed onto.

The statement shared these facts and the specific-to-grains impacts of each agreement held by the United States.

The U.S.-Mexico-Canada Agreement (USMCA) and its predecessor, the North American Free Trade Agreement (NAFTA), ushered in more than two decades of almost uninterrupted growth in intraregional agriculture trade. Between 1993 and 2019, the total value of this regional trade expanded from $16.7 billion to $95.3 billion, an increase of 252 percent when inflation is taken into account, according to USDA’s Economic Research Service (ERS). Mexico is a top market for U.S. corn, barley and distiller’s dried grains with solubles (DDGS), and Canada is the top market for U.S. ethanol.

Agreements with South Korea, Chile, Morocco and other countries have helped not only increase sales but grow local industries and develop long-term partnerships.

“The U.S. grain industry has benefited from additional FTAs put into place since 1984 through systemic changes in those countries brought on by reduced trade barriers,” Gaibler said. “In these countries, the removal of duties and protections on all sectors spurs not only exports from the United States directly but also investment locally and from regional partners by companies interested in taking advantage of a newly favorable trade environment.”

The Council works in more than 50 countries to promote the export of U.S. feed grains, co-products and ethanol, addressing unique policy questions in each one and cooperating with U.S.-focused sister organizations, governments and customers to develop new trade policies that open additional doors for sales.

“The U.S. grains sector has significantly benefited from more liberalized trade in the past 30 years, and the Council believes expanding access to export markets will continue to drive the success of American agriculture for years to come,” Gaibler said. “But to take advantage of this and other emerging export opportunities – and to maintain our competitiveness in the global marketplace – trade liberalization must continue at all levels, bilateral, regional and multilateral.”

The Breed of Balance