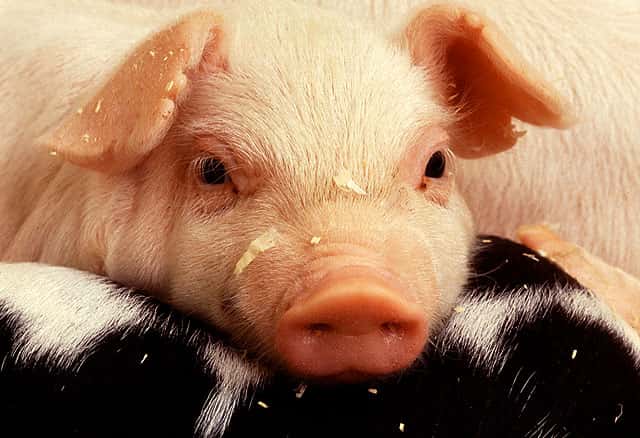 Companies are rushing to slow the spread of the deadly disease that has pushed pork prices to record highs.

The following is portion of an article from the Wall Street Journal:

Drug companies are racing to create vaccines to stifle a deadly swine virus that has roiled the U.S. meat industry and pushed pork prices to record highs.

Two companies—tiny Harrisvaccines Inc. and larger animal-health firm Zoetis Inc. —received conditional regulatory approval this summer to market vaccines for porcine epidemic diarrhea virus, which has spread to 31 states and killed millions of young pigs since it was first identified in the U.S. in April 2013. At least two other drug makers— Merck & Co. and Germany's Boehringer Ingelheim GmbH—say they are researching potential vaccines for PED.

Hog farmers and meatpackers hope the vaccines can slow a disease that has confounded scientists and regulators, who remain uncertain of its causes and all of the pathways by which it spreads. The virus is fatal only to young pigs, and poses no threat to human health or food safety, according to scientists. PED has reduced U.S. hog supplies, raising costs for meat processors, retailers and consumers. Average retail pork prices jumped 12{28d451f77a4de8a52cd2586be6cc1800527fe70ea84e8b3f90098495d088e086} in the 12 months through August to a record $4.20 a pound, according to federal data.

The fast-track approval of the new vaccines by the U.S. Agriculture Department reflects the urgency with which the government and the animal-vaccine industry are pursuing solutions—much as experimental vaccines are being deployed to tackle human-health crises like the Ebola outbreak in Africa. Animal health companies fetch an estimated $6 billion in global sales of vaccines annually, according to Vetnosis Ltd., an Edinburgh, Scotland-based research firm.