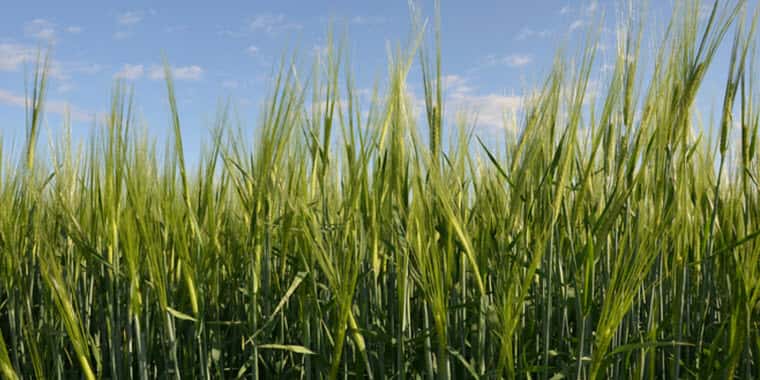 GREAT FALLS, Mont.—Governor Steve Bullock has appointed Max Cederberg of Turner and Llew Jones of Conrad to the Board of the Montana Wheat and Barley Committee (MWBC).  The MWBC administers the check-off dollars paid by Montana wheat and barley producers.

Max will serve as the District 2 producer-director, replacing Randy Hinebauch of Chinook, who served nine years on the wheat and barley board. Max raises a variety of small grains and pulse crops on his farm and manages both conventional and organic operations. This will bring a unique and diverse perspective to the Montana Wheat and Barley Committee and be a tremendous asset in helping to develop new key markets.

Max is a pillar of the Turner community and is involved with the local fire department, Lutheran church, Turner Store Board and is a former member of the Jaycees. He has served as the Northern Ag Research Station Chairman and currently serves as Chairman of the Montana Seed Show Car Show. Additionally, Max belongs to the Hi-Line Cruzn Association, Montana Street Rod Association, and the Montana Street Rod Scholarship Association Scholarship Committee. In 2015, Max was named as the Montana State University Ag Leader of the Year. Max lives in Turner with his wife Kirsti, and in their spare time they enjoy restoring old cars and traveling.

Llew will represent District 3, replacing Chris Kolstad of Ledger, who served nine years on the wheat and barley board. Llew raises wheat, barley, cattle, sheep and hay on his farm near Conrad. He looks forward to working with fellow producers to help promote Montana’s agriculture industry around the globe and give back to an industry that has allowed him so much opportunity.

Llew has served the state of Montana for many years as both a State Senator and Representative. He has been the Conrad Chamber President, a member of Farm Bureau and Grain Growers, President of the Pondera Coalition for Progress, Director of the Pondera Port Authority, and City Alderman. Mr. Jones has been awarded the Chamber Champion of Business Award, the Farm Bureau Golden Windmill Award, and the Montana Rural Education Association Legislative Leadership Award during his time as a farmer, rancher, small business owner and legislator. Llew lives with his wife Carole in Conrad, where they have raised their 4 children, Edward, Daniel, Aaron and Dania, and he enjoys reading, flying, and motorcycles.

The Montana Wheat and Barley Committee is a producer funded and directed check-off organization for wheat and barley growers in the state.  Its mission is to protect and foster the health and prosperity of the Montana wheat and barley industry. Visit montanawbc.com for more information.