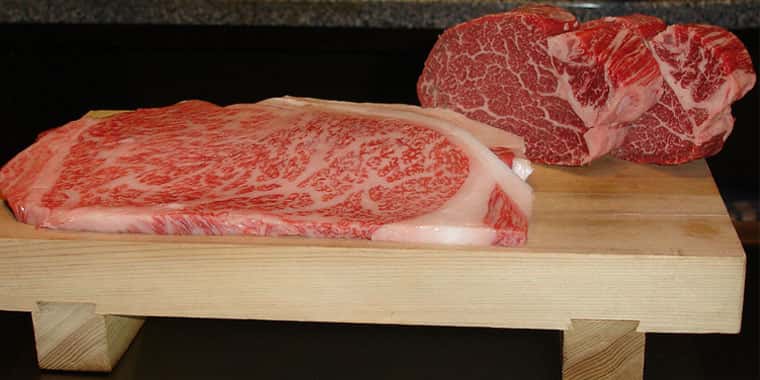 The 8-ounce steak, a Kobe tenderloin, is reportedly exclusive and authentic.

Meatingplace reports New York’s Empire Steak House will begin offering certified Japanese Kobe tenderloin and ribeye. A choice of an 8-ounce tenderloin or 10- to 12-ounce ribeye will be priced at $385 and $375, respectively. USDA in August of 2012 allowed imports of whole cuts of boneless beef from Japan to resume. Washington had banned Japanese beef in April 2010 amid a foot-and-mouth disease outbreak in Japan. Some restaurants offered Kobe beef raised in the United States while few had imported Due to its sparse production in Japan, and the cost of importing it.

Jack Sinanaj, executive chef and co-owner of Empire Steak House, said “Empire Steak House is proud to offer our customers the incredibly exclusive and authentic Kobe beef. Considering its uniqueness in the United States, we can assure our dedication to serving only 100 percent high quality, delicious cuts of certified Kobe imported from Japan.”

Montana Board of Livestock Votes to Raise Fees