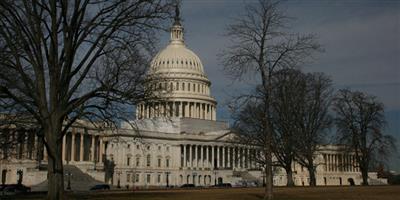 NFU Praises Parts of the Omnibus-Tax Extenders Package, Voices Concern Over Others

WASHINGTON (December 18, 2015) – National Farmers Union (NFU) President Roger Johnson praised parts of the omnibus-tax extenders package that was passed today by both chambers of Congress, offering tepid approval of Congress’ work to fund the government and extend important tax credits for the benefit of farmers, ranchers and rural communities.

“The passage of these two bills provides a level of certainty not achieved in the last several years,” said Johnson. “While stability is important and the number of riders was minimized, valuable programs such as Country-of-Origin Labeling (COOL), a popular provision for both producers and consumers, were wiped off the books as part of this backroom deal.”

Johnson noted that NFU called on Congress to pass an omnibus free of legislative riders. “Fortunately, basic protections for farmers under the Packers and Stockyard Act, biotech labeling, important environmental regulations and other provisions were not subject to hasty and irresponsible change through misuse of the spending package,” said Johnson. “Increases in spending levels in some program areas were also an important step forward, but reductions in other programs was a disappointing step back.”

“We appreciate the increase in funding for a number of important areas including direct farm loans, the Food Safety Outreach Program, and Sustainable Agriculture Research and Education (SARE),” said Johnson. “Likewise, we are thankful for stable funding in areas such as the Rural Energy for America program and Value-Added Producer Grants. We are, however, disappointed in cuts to the Environmental Quality Incentives Program and lack of additional discretionary funding for the Beginning Farmer and Rancher Individual Development Accounts.”

NFU also viewed the tax extenders package as an important step forward, but was disappointed it lacked a longer horizon, especially within the renewable fuels sector. Credits such as Section 179, charitable deduction for real property, and the deduction of food inventory are now permanent. Unfortunately, credits such as the biofuel producer credit, the production tax credit, and other renewable fuel incentives were only extended for 2015 and 2016. Fortunately, other renewable energy provisions like wind and solar received longer-term, favorable treatment.

“Farmers need tax certainty and this package in part provides that,” said Johnson. “At the same time, our members also recognize that renewable sources of energy provide both an economic opportunity and a means to fight climate change, which has begun to impact their operations. Unfortunately, Congress chose to only extend these important renewable credits for a short time, which provides uncertainty for those producers committed to tackling climate change.”