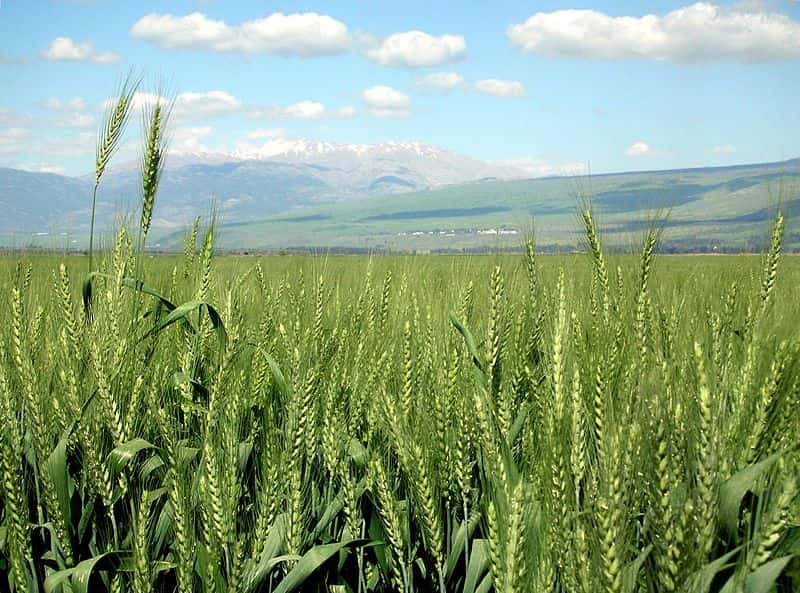 “I think we're going to see a really nice crop,” said Ben Handcock, executive director of the Wheat Quality Council. “If the ag statistics people are correct, it could be the best we've seen in quite a while.”

North Dakota farmers will harvest 5.8 million acres of spring wheat with an average yield of 46 bushels per acre, USDA forecast. The state will lead the nation in spring wheat production with a 266.8 million bushel harvest.

A total of 55 farmers, grain traders, millers and academics will fan out across the state on Tuesday to gather data from more than 500 fields on the crop's yield and production potential. Tour scouts follow the same routes across the state each year, and will depart from Fargo, N.D., on Tuesday morning and scout fields in the southern portion of the state on their way to Bismarck, N.D. On Wednesday, scouts will cover the northern and northwestern parts before ending the day in Devil's Lake, N.D. Some scouts will travel through the western edge of Minnesota on Thursday while others tally the crop in eastern North Dakota or tour North Dakota Mill.

Railroad delays cast a cloud over the prospect of a large crop. With the Canadian Pacific railroad more than 20,000 cars behind schedule and BNSF more than 4,000 cars behind, a bumper crop may add stress to the current transportation backlog.

While the condition of the crop is likely to be excellent, Handcock said it's not likely to be record production simply because spring wheat, in general, has lost the acreage battle to higher-profit crops.

“It keeps losing acres every year to corn and beans, and while I think the yield is going to be pretty darn good, I don't think we're looking at a record,” Handcock said. While North Dakota growers sowed fewer acres of corn this year, the number of soybean acres climbed 1.35 million from last year to total 6 million planted.

Winter wheat acreage more than doubled in North Dakota this year as some farmers chose to plant wheat last fall on acres that were unable to be planted the year before. Handcock said the winter wheat scouts will encounter will likely be ripe and ready for harvest.

Scouts will also see some durum wheat in the far northwestern reaches of the state. Farmers plant 850,000 acres of durum wheat, USDA said, anticipating an average yield of 38 bpa.

“There's getting to be less and less durum and it's moving closer and closer to Montana,” Handcock said. “We're going to have to hunt to find durum. Most of us will be lucky to see one or two durum fields in three days.”

Stay tuned to DTN for evening updates on the tour's following. You can also follow DTN Markets Editor Katie Micik on Twitter at @KatieMDTN for updates throughout the day.