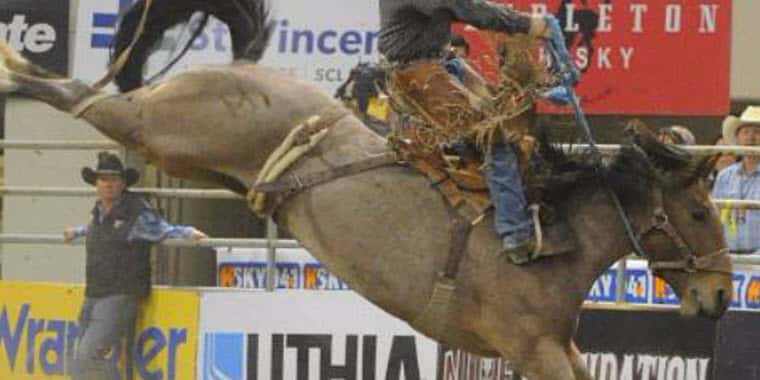 BILLINGS, MONT. -Since 1990 the NILE and NILE Foundation have awarded over $470,000 in scholarships to deserving youth active in 4-H, FFA, and their communities who excelled in the classroom, all while participating in NILE events. This year the NILE Foundation has increased the dollar amount and number of scholarships to reward 16 high school and college-aged students for their outstanding achievements.

Similar to 2013, scholarships were awarded on three levels:

First is a one-time scholarship awarded to graduating high school seniors that will be continuing their education at a college or vocational school.

The second level of scholarships offered is also a one-time grant, for students already enrolled in College or a Vo-Tech school.

“This year's scholarship applicants are excellent kids,” says Marlene Amen, scholarship committee chairman. “There were so many deserving youth and not enough funds to award them all with a scholarship.”

Six one-time scholarships have been awarded to the following seniors in high school in the amount of $500:

Three high school seniors have been awarded rolling scholarships in the amount of $1,000 annually.  They are:

Students selected as rolling scholarship recipients remain in good standing by maintaining a 3.0 cumulative GPA as a full-time student who is involved in NILE and college organizations and activities.

The following students have met these requirements and will be rewarded with their second installment of rolling scholarship in the amount of $1,000.

Bobby Dorvall is completing her freshman year of college at Northwest College in Powell, Wyoming. She is the daughter of Link and Holly Dorvall of Fromberg, Montana.  Pursuing an Agricultural Business degree, Dorvall plans to work in animal genetics or nutrition after college.

Kensey Mikklesen is currently attending Montana State University Bozeman, Montana. She is majoring in Exercise Science with a minor in Animal Science with plans to practice as a rural physical therapist and raise registered Black Angus Cattle after completing her higher education.  Mikkelsen's parents are Rod and Traci Mikkelsen of Hobson, Montana.

Joe Fouts was an active 4-H and FFA member and his passion for both organizations was passed to his children who also participated in 4-H and FFA.  But this passion didn't stop with his organizational involvement, it continued as Fouts worked with 4-H and FFA youth through his many years at Western Ranch Supply.  “This year's recipients are kids Joe would have liked, as they are very helpful to all other kids, are accommodating, knowledgeable of their animals and products, and good all-around youth,” said Amen. “He would be proud to award these youth scholarships as they come from second and third generation 4-H and FFA families.”

The following students are pursuing degrees in higher education and each has been awarded a $500 scholarship.

“Occupations of the students are changing compared to years before,” said Amen. “We are seeing more kids going into Ag or Ag business degrees due to agriculture industry being stronger.”

The NILE Foundation was established in 2009 as a supporting arm of the NILE organization, which is dedicated to the promotion of livestock, agriculture education and respect for the western culture.

The Northern International Livestock Exposition (NILE) is a non-profit organization established in 1967 that is dedicated to the promotion of livestock, agriculture education, and respect of the western tradition.  For more information on the NILE call 406-256-2495 or visit www.thenile.org.