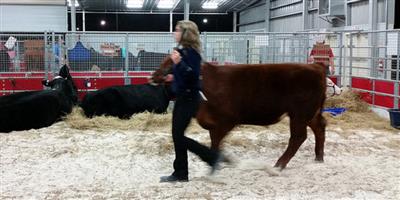 Since 1990, the NILE has awarded scholarships to deserving FFA and 4-H students that have been actively involved in their respective programs and communities, excelled in the classroom, and participated in NILE events. “Promoting the future of agriculture through the support of youth via scholarships is a long standing tradition of NILE.” says Jennifer Boka, General Manager of the NILE. “Educating today's youth to be tomorrows ag proponents is crucial to the entire world and we are NILE are proud to support and embrace the future of agriculture.”

The NILE Foundation was established in 2009 as a supporting arm of the NILE organization, which is dedicated to the promotion of livestock, agriculture education, and respect for the western culture.