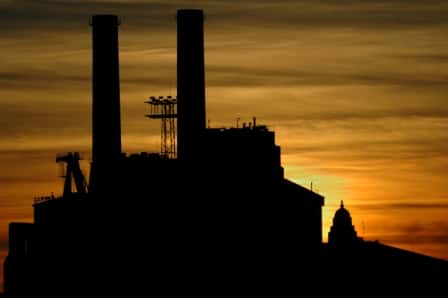 No Cap and Trade Bill = No CCX

While there were a number of bills floating around the House and Senate with cap and trade provisions, none of them made it all the way to President Obama’s desk.  Without Congressional incentive to push the buying side into the market, the Chicago Climate Exchange (CCX) is, in a sense, closing its doors.  While they are still going to keep a voluntary offsets registry, the CCX emission reduction program with its familiar “carbon credits” will close at the end of 2010.

Robert Carlson, North Dakota Farmers Union President, spoke to us about how the program had worked.

In speaking with a representative at the CCX, she told us that their market had been developed so that a system would be in place when a compliance market was deemed necessary by Congress.  Without that push, it seems that there are just not enough buyers looking to buy carbon credits.  The market, however, could be jumpstarted again in a matter of days if it again became necessary.

Carlson explained that credits are no longer being traded at CCX and that we are now seeing an extended period of prices too low to be an incentive to producers.

Existing contract holders will be mailed a final accounting statement following the completion of 2010 verification.  “Over-the-counter” programs have popped up in the private sector and may end up being an option for those still wanting to trade.  Delta Airlines, for example, gives you the option to buy offsets when you purchase a plane ticket in order to cancel out the emissions from your flight.

Montana Cattle to Be Nucleus of Russia’s Herd