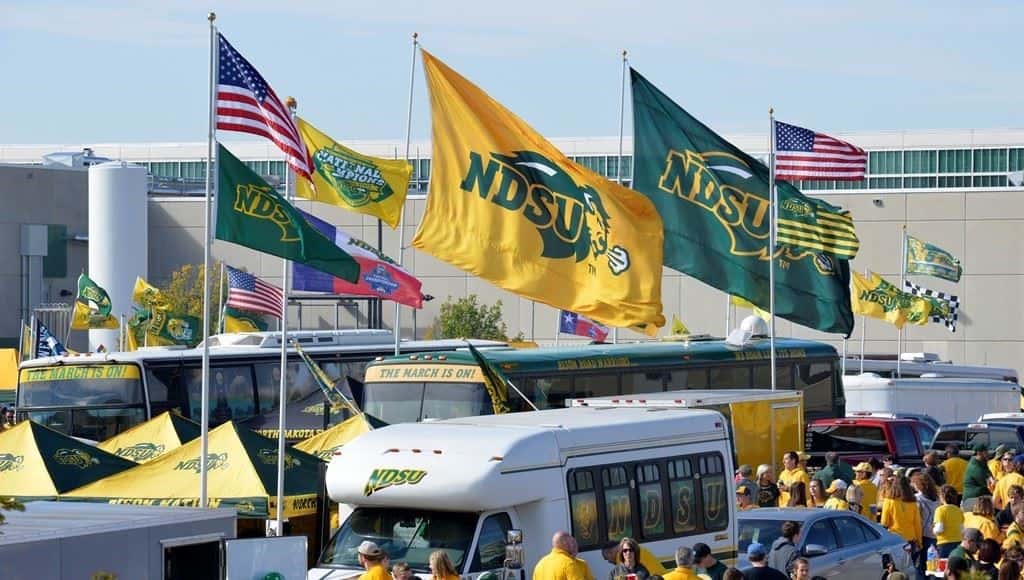 Bobcats, Grizzlies and Jackrabbits are all disappointed that they’re not playing in Frisco, Texas this weekend. But the North Dakota State University Bison will be there fighting for their 3rd consecutive championship and 8th in 9 years. Thankfully, the Bison will be serving up beef to feed the hungry football fans.

The NDSU BBQ Boot Camp program, supported by the North Dakota Beef Commission (NDBC) with beef checkoff dollars, will again be in Frisco, serving North Dakota beef to Bison tailgaters and fans ahead of the national championship football game on Saturday, January 11. “This will be the second year the NDBC has partnered with NDSU’s BBQ Boot Camp program to promote ‘beefing up the Bison’ at the NCAA Division I National Football Championship,” says Nancy Jo Bateman, executive director of the North Dakota Beef Commission.

Ground beef sliders will be served hot off the grill and available free of charge. “Any Bison fans in Frisco are invited to come to the NDSU tailgating area in the Toyota Stadium parking lot Saturday morning and look for the big, yellow NDSU BBQ Boot Camp trailer,” says Bateman, adding more than 20,000 Bison fans are projected to be in Frisco for the championship game. “These great ground beef sliders will be free, thanks to the beef checkoff and the beef farmers and ranchers across North Dakota that make this program possible.”

The NDBC has also partnered with the NDSU BBQ Boot Camp program to promote beef through tailgating at all six NDSU Bison home games this season. “There were delicious beef items featured every week, come rain, sunshine and snow,” says Bateman.

Bateman says the NDBC has reached hundreds of thousands of consumers every week with a positive beef message as they follow NDSU football. “This event is a culmination of the year’s ‘Beef. It’s What’s for Dinner’ consumer marketing effort and partnership with NDSU Bison football. Through television and radio advertising, social media, beef tailgating with the NDSU BBQ Boot Camp team, and now finishing with a National Championship game, North Dakota knows Bison fans are important to the beef business and beef is important to Bison fans.”

The NDBC, representing North Dakota beef farmers and ranchers, manages the state beef checkoff program with the mission of enhancing beef demand by strengthening consumer trust and exceeding consumer expectations. It accomplishes this through programs and activities in the areas of promotion, research and consumer information. Learn more at www.ndbeef.org.

American Farm Bureau Points Out Things To Watch For In 2020