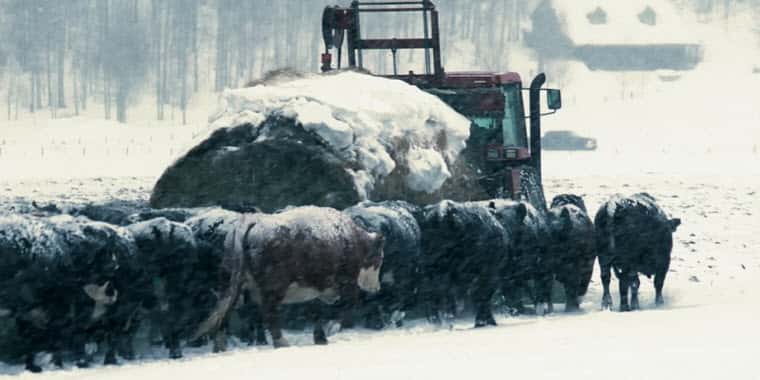 The NDSA and NDSF launched the Hope After Haley Disaster Relief Program to lend support to ranch families significantly impacted when Mother Nature delivered a multitude of perils, including severe wind and many feet of snow, rain and/or ice in April – the heart of the state’s calving season. Industry impacts ranged from widespread livestock death and illness to damaged buildings and fences.

The organizations kickstarted the disaster relief program’s fundraising effort with nearly $50,000 of their own and were joined by generous donors from North and South Dakota, Minnesota and Montana. That grew the fund to almost $250,000. The funds were distributed in their entirety on Thursday.

Impacted producers were invited to apply for the relief or nominate another producer who could use some help. Forty-five applications, representing 24 counties and every quadrant of the state, were received and approved for assistance. The applicants had, on average, a 14 percent death loss due to the storms.

“North Dakota cattle ranchers were hard hit not only in the disastrous spring storms, but in the serious drought that preceded them,” said NDSF President Jeff Schafer, a New Rockford, N.D., cow-calf producer and feeder. “I am grateful to all those who supported our Hope After Haley Disaster Relief Program and helped re-inspire hope for these ranch families.”

Jason Leiseth, the NDSA president and an Arnegard, N.D., cow-calf producer, echoed the sentiment: “When we work together, we can accomplish incredible things, and lifting up our own in their time of need is certainly one of them.”

The organizations distributed the funds based on applicants’ livestock losses. The disaster assistance provided to each equaled approximately 25 percent of the animals’ value, using the U.S. Department of Agriculture’s published valuations from the Livestock Indemnity Program, explained Dan Rorvig, the Hope After Haley Disaster Relief Program Committee chairman and a McVille, N.D., cow-calf producer.

In a separate, but related effort, the NDSA earlier had provided its research to Farm Service Agency (FSA) and successfully petitioned it to re-evaluate the value FSA had assigned to young calves to better reflect the actual market value of this livestock class, which was the most vulnerable in the April blizzards. FSA announced the adjustment in mid-July.

The Hope After Haley Disaster Relief Program isn’t the first disaster relief effort led by the NDSA and NDSF. Since 2009, the organizations together have delivered more than three-quarters of a million dollars in direct aid to producers devastated by relentless floods, blizzards, wildfire and drought.