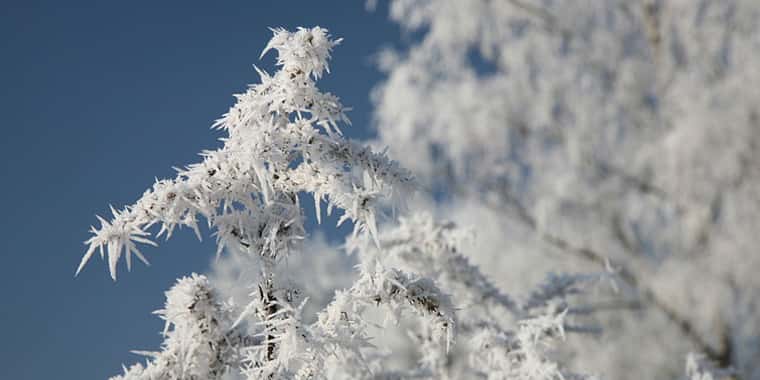 Cool conditions are expected to dominate the next two weeks in northern crop areas.

OMAHA (DTN) — Following a mild start to September, forecast model trends point to a heightened possibility of colder conditions by the middle of the month, perhaps resulting in the first occurrence of frost-level temperatures before Sept. 20.

“Based on the forecast model presentation, I would favor a date before Sept. 20 (in North Dakota),” said DTN Senior Ag Meteorologist Doug Webster. “That region looks to be cooler than normal for September and I would think there is a better than even chance that by mid-September one of these polar highs may be strong enough to bring at least some 30-32 degree Fahrenheit readings down through a good portion of North Dakota.”

North Dakota's first 32-degree Fahrenheit temperature is usually recorded in the last week of September, according to the 30-year averages for the years 1981-2010; thus, a 32 F reading by Sept, 20 would be generally a week earlier than the 30-year average first-freeze date.

Below-normal temperatures are indicated by the National Oceanic and Atmospheric Administration (NOAA) Climate Prediction Center for both the six-to-10-day period and the eight-to-14-day period, ending Friday, Sept. 12, and Tuesday, Sept. 16, respectively.

The implication for crop condition is that crops may not reach full maturity — or, just barely — before freezing conditions, due to both a late start to planting last spring and slower-than-average development because of cool conditions this summer. As of Sunday, Aug. 31, for example, just 13{ba1edae1e6da4446a8482f505d60d3b8e379ff6dedafe596d9ba4611a4e33a48} of North Dakota's corn was reported as having reached the dent stage compared with a five-year average of 34{ba1edae1e6da4446a8482f505d60d3b8e379ff6dedafe596d9ba4611a4e33a48}, or around two weeks behind average. A corresponding delay in the first occurrence of freezing temperatures to allow corn to achieve the black layer stage would be in the first few days of October instead of the last 10 days of September.

Brent Mohn, who farms south of the Twin Cities in Minnesota, says his corn crop is mostly 1/4 to 1/2 dented. Some acres didn't start to dent until the last few days.

His area generally gets its first killing frost in late September/early October, but he's convinced there will be quality issues with the crop regardless of when the first frost comes.

“We're going to have an average to below average yield,” he said, adding that he anticipates yields closer to 150 bpa when it's all dry. Kernel counts are decent, but they're small. “We're going to have low test weights and a lot of drying costs. Up here in the upper Midwest, that means spoilage issues, wet corn delivered to port and barges with fines and foreign material.”

In Billings, Western Sugar Fires Up