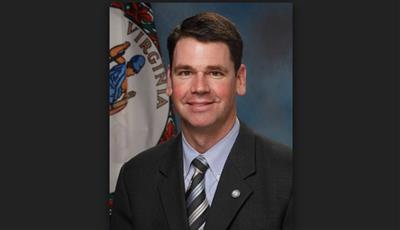 As Chief, Lohr will serve America’s producers and landowners in their conservation efforts to help them conserve, maintain and improve natural resources and the environment through a network of over 3,000 offices in communities nationwide.

“NACD welcomes this announcement,” NACD President Brent Van Dyke said. “In addition to being raised on a farm, Matt Lohr has proven his commitment to agriculture and conservation through his nearly 30 years in leadership capacities. NRCS is a crucial partner in the federal, state and local government conservation partnership, and I applaud USDA for its diligence in appointing a strong leader.”

Lohr was raised on a farm in Virginia’s Shenandoah Valley, and as a fifth-generation farmer, he continues his family’s legacy with his wife Beth and their six children through their operation, Valley Pike Farm, Inc. In 2006, Lohr was elected to the Virginia House of Delegates and later served the state as the Commissioner of Agriculture and Consumer Services from 2010 to 2013. Additionally, as a teenager, Lohr was elected vice president to lead the national FFA organization, a student organization of over 400,000 members.

“As a fellow Virginian, I am confident Lohr has the experience, passion and work ethic to lead NRCS and advance voluntary, locally-led conservation efforts in partnership with the nation’s 3,000 conservation districts,” NACD CEO Jeremy Peters said. “His extensive career as both a policymaker and a farmer gives him insight into effective program delivery and customer service working with landowners to implement conservation programs, to protect natural resources and to build sustainable conservation solutions.”

Lohr will take over for Leonard Jordan, who has been serving NRCS as the acting chief since 2017.

About the National Association of Conservation Districts:

The National Association of Conservation Districts is the non-profit organization that represents the nation’s 3,000 conservation districts, their state and territory associations, and the 17,000 men and women who serve on their governing boards. For more than 70 years, local conservation districts have worked with cooperating landowners and managers of private working lands to help them plan and apply effective conservation practices. For more information about NACD,  www.nacdnet.org.