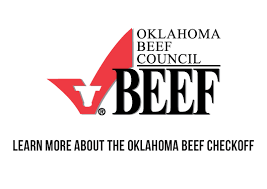 Early, mail-in voting continues in Oklahoma’s secondary Beef Checkoff referendum, but efforts to stop the process may be in motion. That’s the opinion of some members of the Oklahoma Cattlemen’s Association (OCA), which issued a statement calling for “out-of-state activists” to stop “meddling in our state’s referendum.”

The statement, signed by 19 OCA members, including the current, future and three former association presidents, says out-of-state groups may “have either filed or are considering filing a lawsuit to stop the current refundable Oklahoma Beef Checkoff referendum.” The statement notes that all regulations and state statutes were followed when conducting the petition and current checkoff vote.

Oklahoma is attempting to establish a producer-funded state-level promotion, marketing, research and education program for beef and beef products. To do so, producers are asked to vote on a state-wide assessment of $1 per head when an animal changes ownership, all of which is refundable on request. That $1 assessment would be in addition to the $1 national beef checkoff program already in place.

According to the statement from OCA, “earlier this month, one of the out-of-state groups sent out a memo casting a wide net searching for a state beef producer to file the suit. This follows the current misinformation campaign that Organization for Competitive Markets (OCM), Humane Society of the United States (HSUS) and R-Calf are leading in our state to discourage and deny beef producers the right to vote.”

OCA said, “We are confident in our handling of this referendum and know our actions will withstand the scrutiny. We worked closely with the Oklahoma Department of Agriculture, Food and Forestry (ODAFF), and followed and abided by the state statute when conducting the petition and current checkoff vote. As for the voting process, we have even taken it upon ourselves to put extra measures in place to ensure the integrity of the vote.

OCA says it is worth noting:

– ODAFF held a public hearing on June 14, 2017 before certifying the petition allowing for the referendum.

– By state law this state checkoff, is refundable, upon request.

– For more facts, go to www.oklahomabeefcheckoff.com