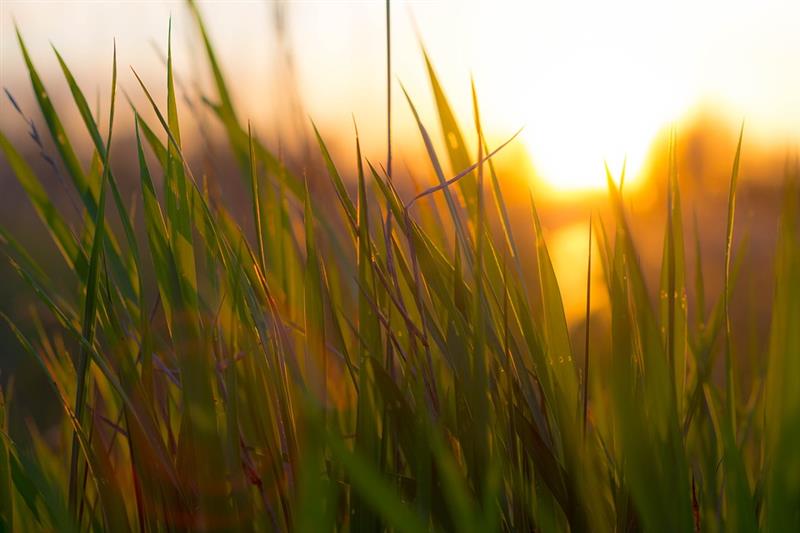 One-Third of CFAP Payments Now Out the Door 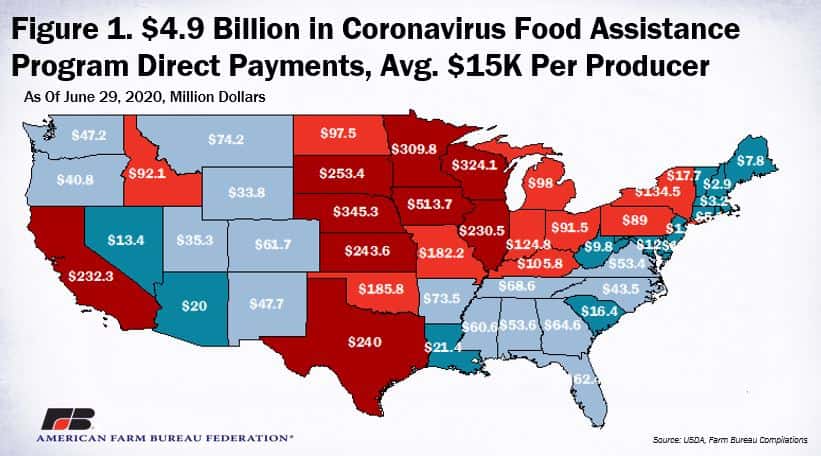 Through the first four weeks of CFAP payments, livestock producers have received $2.4 billion, or more than 50% of total payments. Payments to livestock producers are currently the highest in the Midwest and across portions of the Southwest, where cattle feeding and hog operations are concentrated. Iowa currently leads the nation in livestock payments at $251 million, followed by Nebraska at $202 million, Texas at $185 million, Kansas at $181 million and South Dakota at $179 million. Figure 2 highlights total CFAP payments to livestock through June 29. 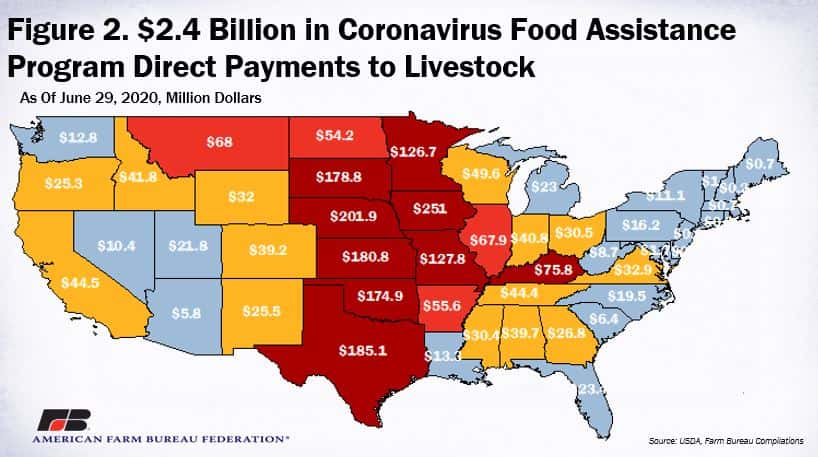 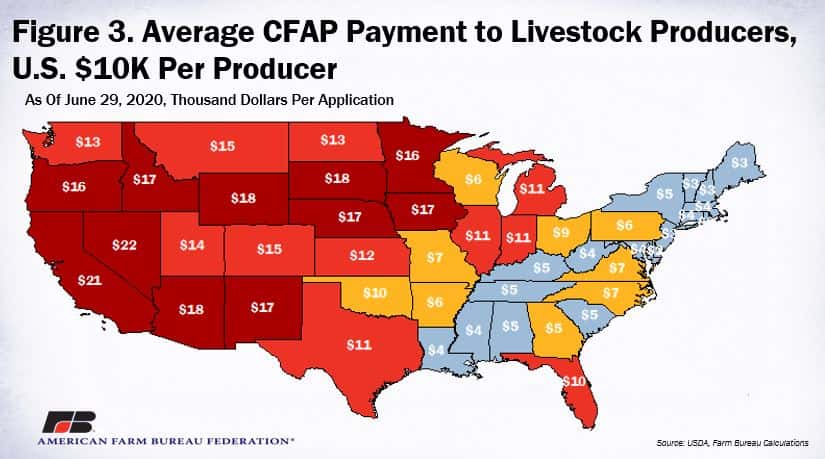 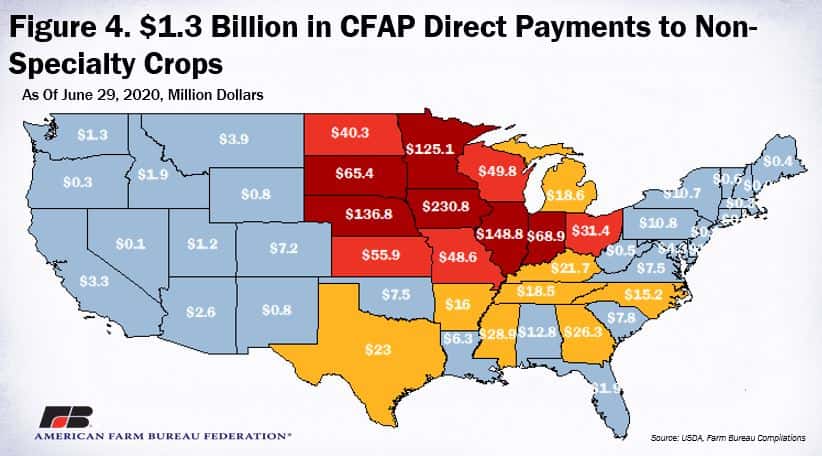 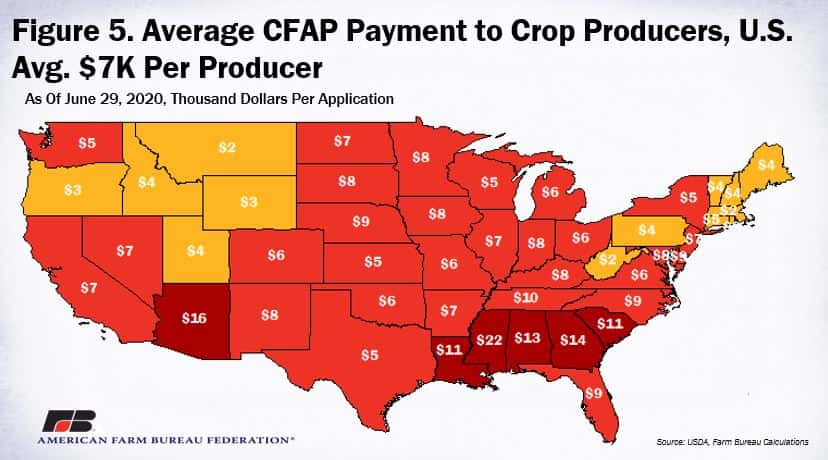 The most recent CFAP payment report reveals that dairy producers have received slightly more than $1 billion, or 22% of total CFAP direct payments. Payments to dairy producers align with the traditional milksheds, with Wisconsin the highest at $224 million, followed by California at $141 million. New York has the third-highest CFAP support for dairy farmers at $111 million. Many Southeastern states have received less than $10 million in CFAP dairy support. Figure 6 highlights total CFAP payments to dairy farmers through June 29. 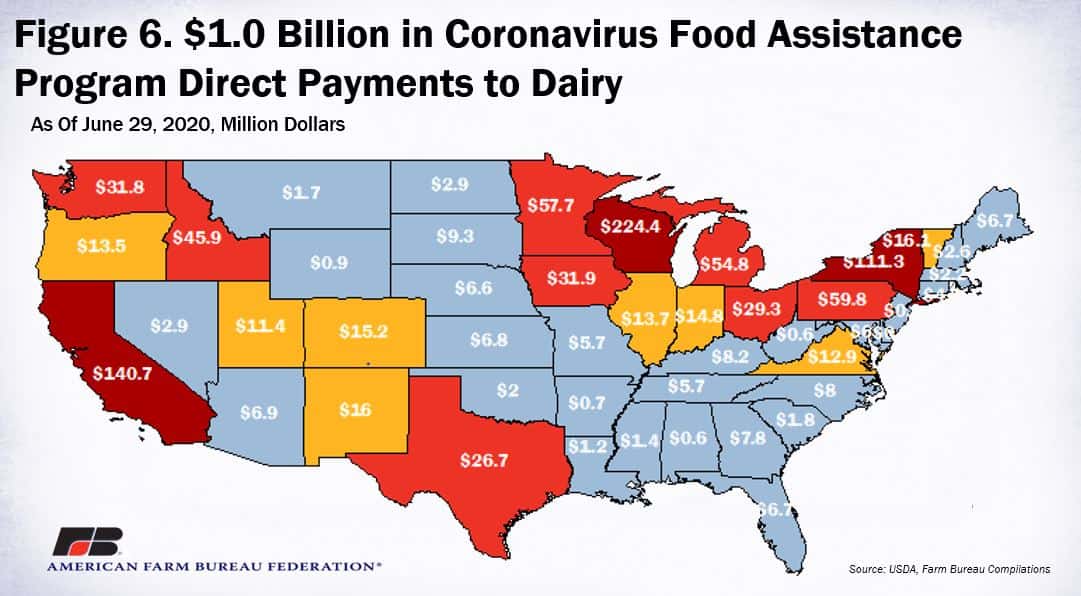 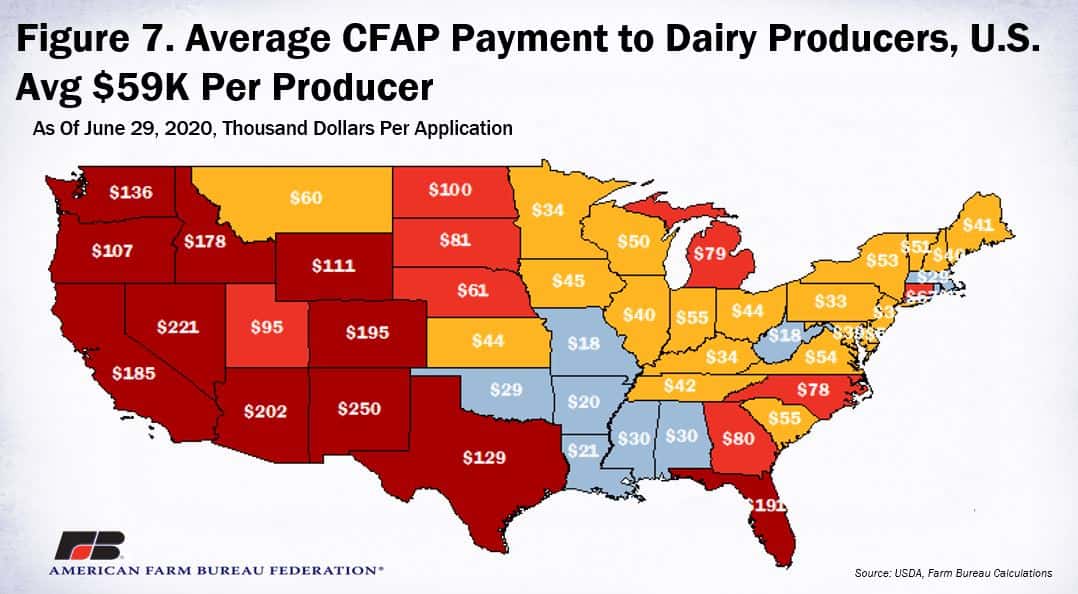 Payments to producers of specialty crops, i.e. fruits and vegetables, are currently the highest in California and Florida, followed by several Southwestern states, Georgia, Idaho, Pennsylvania, Michigan and New York. Total payments are the highest in California at $44 million followed by Florida at $30 million. Figure 8 highlights total CFAP payments to specialty crop producers through June 29. 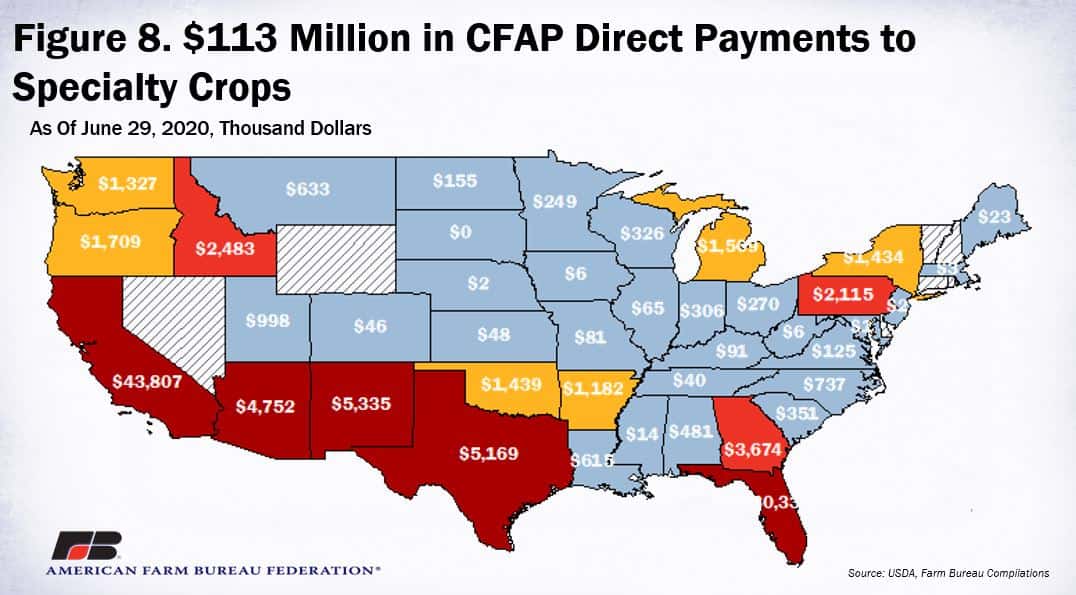 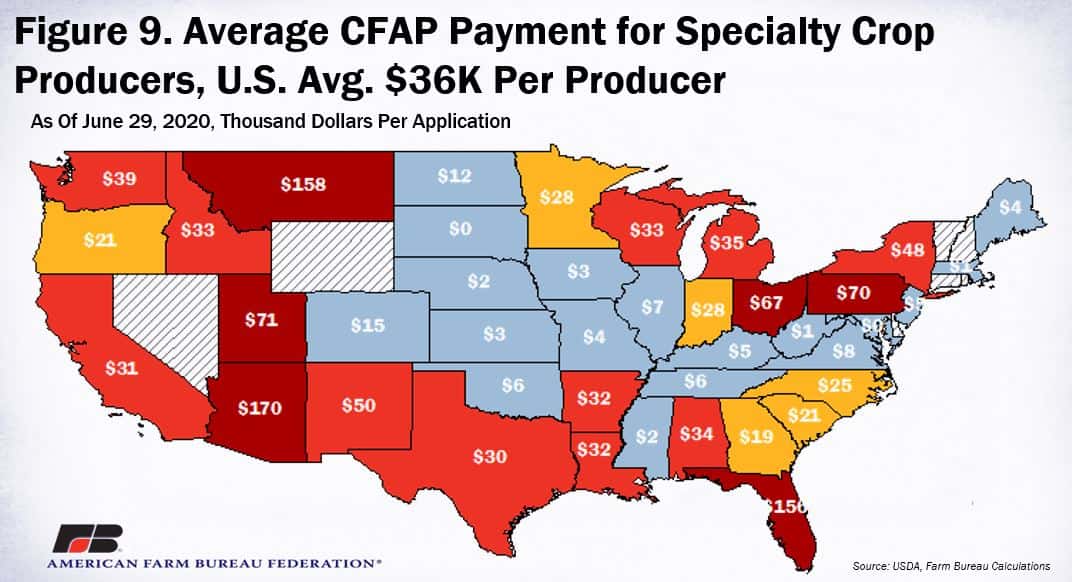 Currently, nearly $5 billion in CFAP direct payments have been made to livestock, crop, dairy and specialty crop producers. Farmers and ranchers have until August 28 to complete their CFAP application. The distribution of payments follows closely the concentration of livestock, crop, dairy and specialty crop production. As expected, farm-level payments are the highest in areas with producers with larger production volumes.