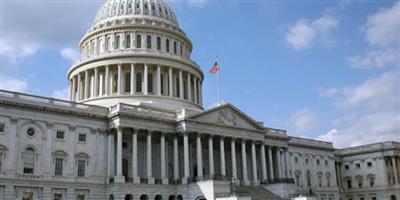 Both in South Dakota and in Washington, I repeatedly hear the same thing – support free trade but hold bad actors accountable. As Americans, our innovation and ambition has allowed us to compete and succeed in a global market – but the playing field should be even. South Dakota has benefited greatly from market access, particularly for agricultural products. But success doesn’t mean there isn’t room for improvement. The producers I hear from weekly want to hold China accountable for their wrongdoing.

If there is room for improvement, and there is, Congress should be leading the charge. That’s why I am urging my colleagues and the Speaker to bring the U.S. Mexico Canada Trade Agreement (USMCA) to the House floor for ratification before this August. No agreement will ever be perfect, but there is no doubt that USMCA represents a real improvement from the North American Free Trade Agreement (NAFTA). NAFTA has led this country to prosperity in the international trade arena – but after decades it’s time for an upgrade. A new study from the Business Roundtable found that international trade supports nearly 39 million American jobs, representing one out of every five jobs in the United States. Furthermore, according to the study, the proportion of jobs supported by trade has doubled since 1992 prior to the implementation of NAFTA, when trade supported one in every 10 jobs in the United States.

Since NAFTA was monumental in eliminating tariff barriers to trade, I’m hopeful trade will continue to flow duty free across the continent. What makes USMCA unique is the modernized approach – by focusing on labor standards, harmonizing regulations and deterring future trade barriers, this agreement is forward looking in our relationship with our closest trading partners.

These changes will have a quantitative impact on the American economy. The International Trade Commission’s model estimates that USMCA would raise U.S. real GDP by $68.2 billion (0.35 percent) and U.S. employment by 176,000 jobs (0.12 percent). Such growth would allow our nation to continue its historic trend of economic and job expansion.

It’s nearly impossible to talk trade – at least in South Dakota – without discussing the implications of China. China needs to be held accountable, and it needs to happen quickly, so our farmers and ranchers can regain access to markets abroad. I’ve always considered myself a rule follower, and I think China could use a few more rules. Passage of USMCA will allow us to focus our efforts on bringing China back to the table to negotiate in good faith. Congress must do its part to make this happen.

Trade with Canada and Mexico alone supports more than 12 million American jobs. USMCA will only strengthen that trade relationship and establish a blueprint for agreements that can replicate this success. The newly elected House majority is being put to the test. I hear time and again many of my Democrat colleagues “want to get to yes,” but as the clock ticks on, they seem to find new reasons to stall. The question remains – are they willing to put politics aside for the good of the country, or will they reject an objectively better deal to cost President Trump a win?

In just seven short months in Congress, I’ve witnessed firsthand the partisan disfunction of Washington. This disfunction derails policies that put American workers and the economy first. We should be better, and we shouldn’t play politics on such a strong agreement. Passing USMCA is the right thing to do and I have confidence it will have the support of the House. Madam Speaker, bring USMCA to the floor.