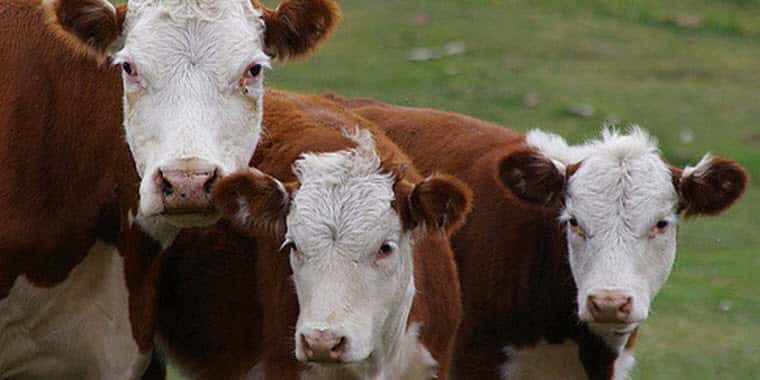 We’re not even a third of the way through 2019, but we already have a frontrunner for a political fact-checker’s annual “Lie of the Year” award: the trendy yet incorrect political/media narrative that if we all just cut back on eating delicious real beef hamburgers, we’re going to stop or significantly slow climate change.

And then (appropriately) on April Fool’s Day, Burger King announced that it would start selling beefless “Impossible Whoppers” — and the big-city media fell right into line extolling the supposed Earth-saving opportunity represented by the heme and soy-based product.

Not to be outdone, the Washington Post on April 16 ran not one – but two long, nearly identical articles about the Impossible Whopper – combining for a “whopping” 2,158 words in that day’s print edition.

While one Post article lauded the product’s supposedly “environmentally friendly message” and “environmental appeal,” the second went a step further, claiming that eating less beef “could help reduce the many environmental impacts that raising cattle has on our vulnerable planet” and possibly even “save (planet) Earth.”

Predictably, none of these politicians or journalists included any sourced data to support their assumptions, so I’ll do that here.

Here are the facts. According to the Environmental Protection Agency, direct emissions from beef cattle in the United States account for only two percent of our nation’s total greenhouse gas emissions. Moreover, USDA recently reported that U.S. beef cattle production is “not a significant contributor to long-term global warming.”

Compare U.S. cattle’s two percent to the transportation and electricity sectors, which account for a combined 55% of our nation’s emissions, with another 41% coming from other sources.

The truth is beef production in the United States has become much more efficient and environmentally sustainable over the past few decades. Compared to 1977, today’s American beef farmers and ranchers produce the same amount of beef with 33 percent fewer cattle. Improved efficiency and animal well-being mean a 16 percent lower carbon footprint and fewer natural resources used for every pound of beef produced.

And contrary to Sen. Booker’s vegan utopia, research shows that if every American went vegan, U.S. greenhouse gas emissions would only drop 2.6%. At the same time, our national diet would provide insufficient nutrients to feed the U.S. population and result in increased use of synthetic fertilizer, as well as increased soil erosion.

If all these politicians and elite journalists want to replace delicious and nutritious American-produced beef in their diets with heme and soy, we wish them the best (along with our sympathies.) But to claim that doing so will have any significant impact on global climate is ultimately the real whopper in this debate.

The National Cattlemen’s Beef Association (NCBA) has represented America’s cattle producers since 1898, preserving the heritage and strength of the industry through education and public policy.  As the largest association of cattle producers, NCBA works to create new markets and increase demand for beef.  Efforts are made possible through membership contributions. To join, contact NCBA at 1-866-BEEF-USA or membership@beef.org.

Does the State Co-Own Your Water Right?