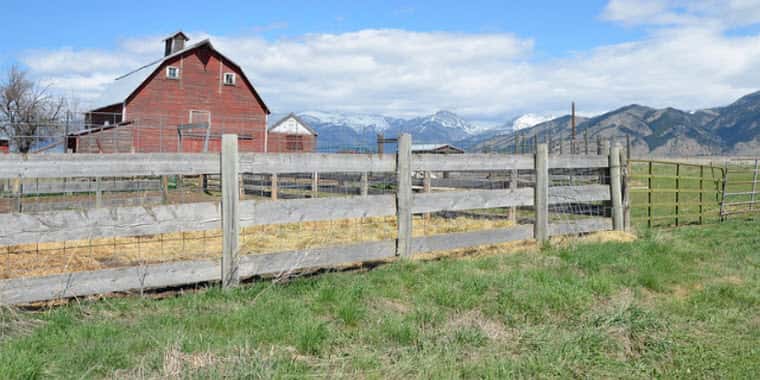 Rural communities live and thrive by the information delivered to them through their local news stations. For some, internet access can be a gamble. Cell service isn’t always a guarantee. But, the one thing that rural America relies on is the information they receive from their favorite local news broadcaster.

It’s an entirely different lifestyle for those of us living in what some may call the Middle of Nowhere, USA. We grinned earlier this year when internet pundits suggested that Wyoming does not actually exist and that we should be combined with Montana and traded to Canada. But this only makes it all the more important that we maintain our local connectivity.

Local news stations hold special importance, as we depend on the information they deliver to make decisions regarding our farm and ranch businesses. Weather, community events, emergency updates – these all play into how we arrange our daily lives.

But in places like Cheyenne, Wyoming, almost 64,000 residents are denied the ability to access local news stations in favor of cheaper-to-import and out-of-market signals. For example, instead of broadcasting local Cheyenne signals, satellite customers might instead be forced to view Denver news. Of the media markets affected by this legislation, all 12 are located in rural areas, including Cheyenne, Casper, Glendive, and Helena.

This loophole came about as a result of the Satellite Television Extension and Localism Act Reauthorization (STELAR). When satellite companies were first going up against the big cable companies, this government subsidy helped satellite companies compete by allowing them to opt out of local broadcast stations. Today, these same companies are not the start-ups they were nearly thirty years ago. DIRECTV is now a $235 billion company, while DISH is valued at $17 billion.

Now, satellite companies can afford to make good on the promise they made to Congress in 2003 to deliver local television service to all of their customers. Both Senator Mike Enzi and John Barrasso have asked the satellite industry to address this issue. In a letter they led with Senator Jon Tester and Michael Bennet, they made it clear that “despite technical advances that allow satellite companies to serve local channels into local markets in any location, the customers of these 12 media markets still receive limited or no access to locally broadcasted network stations through their subscriptions.”

The law has done its job and is no longer necessary. We appreciate the support of our own Senators in recognizing the importance of local broadcasters. Montana and Wyoming residents deserve access to the local news that their lives revolve around.

STELAR is set to expire at the end of the year. Congress should let it.

Proper Cow Culling Is Important to Your Business