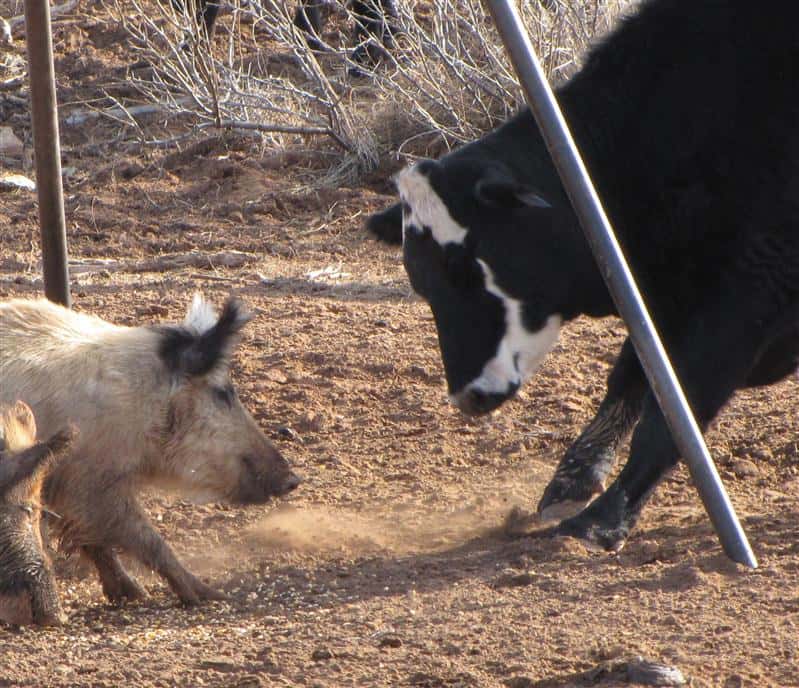 Opinion: Working Together to Stop the Feral Swine Threat

By Dave Chadwick and John Youngberg

Farming and hunting are two of the defining qualities of Montana.  For decades, hunters and landowners have worked together to maintain our public wildlife, our working agricultural lands, and our outdoor heritage.  Landowners know hunters are the best management tool for wildlife; hunters appreciate the habitat and access that our farmers and ranchers provide.

That strong relationship is as essential as ever in the fight against the newest threat to Montana: invasive feral swine.  Montana currently has no confirmed cases of invasive feral swine, but they’re knocking on the door across the border in Saskatchewan and Alberta.

Recently an expert from the University of Saskatchewan laid out exactly how Canadian officials let the problem grow completely out of hand. They brought European wild boar and cross-bred them with domestic pigs in the 1980s, and game farms brought them for canned hunting operations. Many of these animals escaped, and through the years their offspring have multiplied profusely.

Today hundreds of thousands of acres in Canada has feral swine. And here in the U.S., more than 40 states have them too. These non-native, former livestock have grown exponentially in the Southeast, Texas and California. The U.S. Department of Agriculture estimates they do more than $2.5 billion in crop damage, and they dig up lawns, golf courses and other private property. They also carry diseases that could spread to livestock.

Feral hogs cause severe harm to farmers and ranchers as well as wildlife habitat and to waterways. Feral swine can kill deer fawns, and they go after ground nesting birds and amphibians.  They’re eating machines that consume 3 to 5 percent of their body weight every day. They’re also incredibly fecund, having up to three litters a year and producing an average of six piglets in each.

Seeing this threat so close to our borders, the Montana Legislature passed a bill in 2015 to head off the problem.  The bill was supported by the Montana Farm Bureau, Montana Wildlife Federation, Montana Stockgrowers Association, and Montana Audubon, as well as the state Department of Livestock. That law is the model for the nation, with a fine of up to $10,000 for importing these animals. It requires reporting feral swine within 24 hours. And it banned the hunting of feral swine.

That last point might be confusing, because hunting is so effective at managing deer, elk and other wildlife. Feral swine are different. They are incredibly intelligent, and learn to avoid hunting pressure after the first shot. When one in a group is killed, the others quickly spread out, burrow underground, or become more nocturnal.

Unfortunately, hunters have been identified as part of the problem in some places. Cases of people setting them loose on private property and then returning a year later to ask to help “solve the problem” abound around the country.  Well-intentioned hunters who just see another potential game species can also contribute inadvertently to this long-term threat.  Montana officials have already heard from people asking to come to our state to hunt swine.

Montana farmers, ranchers and hunters know what a disaster these invasive animals would be for our state.  We need to stand together in this effort to keep feral swine out of Montana.  The survival of our farms, ranches, wildlife and hunting heritage depends on it.

If you see feral swine, report it immediately by calling (406)- 444-2976. We’re in this together, and only if we “squeal on pigs” will we keep Montana a place where our farms, ranches and wildlife thrive.

Dave Chadwick is executive director of the Montana Wildlife Federation.

A Permanent Fix to the Death Tax?