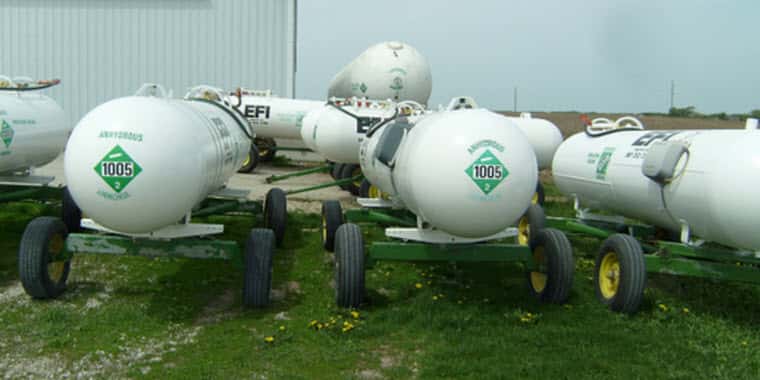 BISMARCK – A provision in the recent year-end funding bill passed by Congress has temporarily suspended the recent policy change by the Occupational Safety and Health Administration (OSHA) that would have forced retail facilities selling anhydrous ammonia to comply with Process Safety Management (PSM) rules, rules historically aimed at manufacturers. The language in the bill prevents OSHA from implementing the policy changes in fiscal year 2016, which ends September 30, 2016.

“The intent by Congress was to stop OSHA from applying its PSM rule to retailers until they go through rulemaking and a new North American Industry Classification System code for Farm Supply Retailers has been established by the Census Bureau,” said Agriculture Commissioner Doug Goehring. “However, OSHA plans to move forward with implementation in October.”

Goehring said that he is still calling for OSHA to repeal the policy change and sent another letter to OSHA in December reaffirming that position.

“The rule poses tremendous costs to agriculture without any discernable benefit to worker or public safety,” Goehring continued. “If the new policy is implemented, it could force as many as one-third of North Dakota small- and medium-sized operators out of business due to the cost to implement the new rule.”

A court challenge is pending in federal appeals court by the Agricultural Retailers Association and The Fertilizer Institute.