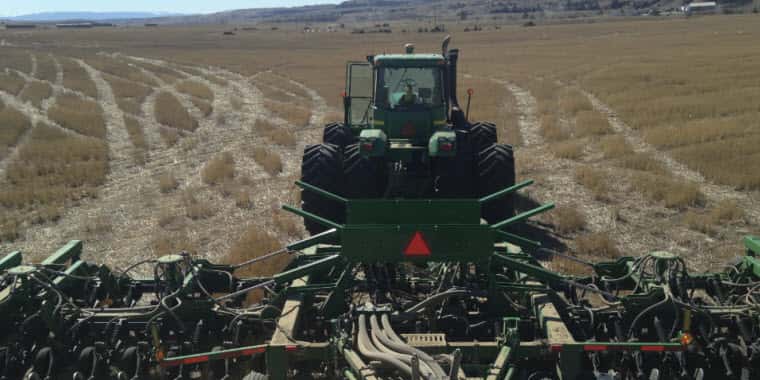 “The House Agriculture Committee's oversight hearing of the Farm Credit System today is an important step in putting a spotlight on the Farm Credit Administration's failure to effectively regulate the FCS.

“The Farm Credit System has not only used its taxpayer subsidies to undercut competition from local banks, but has, at the same time, moved far beyond its mission. While the Farm Credit System provides vital services to American farmers, it has used its significant taxpayer benefits to enhance its portfolio and to leave a large part of the farming community behind, especially when it comes to serving young, beginning and small farmers.

The FCA's own annual reports clearly show that the largest portion of FCS's lending activity is focused on large farm conglomerates, agribusinesses, utilities and companies having little to do with farming. And because of unfair tax benefits and mission creep, the FCS has expanded rapidly, increasing risk for millions of taxpayers. We hope the Committee will ask the FCA why it has irresponsibly allowed the FCS to pursue these lines of business.

“Specifically, we hope the Committee will ask the FCA to explain how, for example, CoBank's $725 million loan to Verizon to buy out Vodafone's stake in Verizon Wireless fits the bank's mission; or how Cape Fear Farm Credit can offer loans for automobiles, college tuition, investments and vacation homes; or how Greenstone Farm Credit could extend a $750 million loan to the Cracker Barrel Old Country Store restaurant chain. We don't question the loans themselves; we question why a taxpayer-subsidized GSE that is supposed to be focused on American farmers made them.

“These loans demonstrate that the FCA has failed to regulate the Farm Credit System. We believe the Farm Credit System needs to be reformed so that it can serve farmers rather than entities that have little, if anything, to do with farming. We applaud Congress for taking a serious look at the FCA and hope they will continue to hold oversight hearings on a regular basis.”