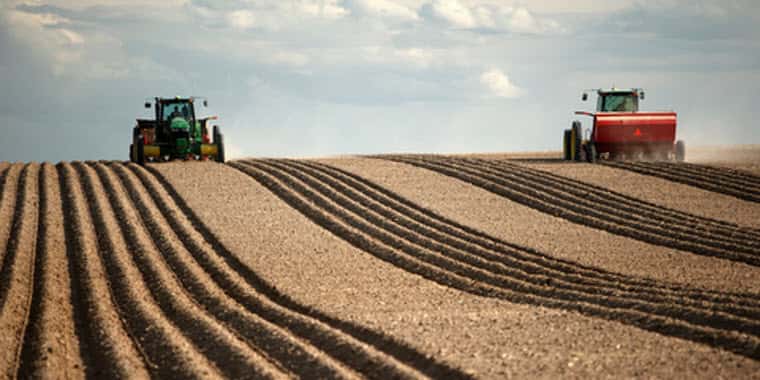 “Our departments are working in coordination to propose streamlining, simplifying, and improving the H-2A temporary agricultural visa program — reducing cumbersome bureaucracy and ensuring adequate protections for U.S. workers,” Perdue said in a statement.

He added, “The Trump administration is committed to modernizing the H-2A visa program rules in a way that is responsive to stakeholder concerns and that deepens our confidence in the program as a source of legal and verified labor for agriculture — while also reinforcing the program's strong employment and wage protections for the American workforce. In addition, by improving the H-2A visa program and substantially reducing its complexity, the administration also plans to incentivize farmers' use of the E-Verify program to ensure their workforce is authorized to work in the United States.”

The announcement comes as the House of Representatives is planning to vote on possibly multiple immigration bills in June. One bill, led by Judiciary Committee Chairman Bob Goodlatte, R-Va., strengthens immigration enforcement but also overhauls the H-2A program, including moving it from the Department of Labor to USDA.

United Fresh Produce Association President and CEO Tom Stenzel said the group is pleased with the Trump Administration announcement and noted that “the fruit and vegetable industry is highly dependent on our workforce in order to sustain and grow our industry to meet increasing demand for fresh fruits and vegetables.”

But Stenzel also noted that United Fresh has been in “constant dialogue” with both Congress and the administration and “will continue to work to drive improvements to our current labor challenges through both legislation and regulatory solutions, with the goal of creating the best possible outcome for the fresh produce industry.”

The current program only works for temporary crop work. Livestock producers, such as dairy farmers, have sought changes in the program that allow for longer-term farm jobs.

Western Growers' President and CEO Tom Nassif said any effort to simplify or streamline the program will be welcomed by his members.

“While we do not know what the end result will be of the process that begins today, we are hopeful it will enable greater utilization of the H-2A program by the fresh produce industry,” Nassif said.

Western Growers had a list of changes the group would like to see, including efforts to “modernize and reduce unnecessary cost of recruitment methods; improve the scope and accuracy of prevailing wage surveys; simplify the application process; incorporate greater flexibility for movement of workers to respond to production needs; clarify interpretations of seasonality; and streamline the approval process for housing and transportation.

Yet Nassif said Western Growers is “concerned with the suggestion that E-Verify would be a part of this proposal. Changes to H-2A should be made to improve the system for the use of all, and any implication that necessary reforms would be limited to those that use E-Verify is concerning.”

Farmworker Justice made it clear the group is worried the Trump Administration would use H-2A reform to reduce worker protections. “Based on the announcement's one-sided focus of delivering “for American farmers” as well as the current Administration's ties to agribusiness interests and focus on anti-immigrant, anti-worker and anti-regulatory actions, Farmworker Justice fears the upcoming changes to “simplify” or “streamline” the H-2A program could include changes that would reduce obligations for agricultural employers to effectively recruit U.S. workers, lower farmworkers' wages and working conditions, and weaken government oversight of the program,” the group said.

Farmworker Justice said the current program's rules and requirements were created “based on lessons learned from past guest-worker programs.”

“Today's announcement includes no mention or recognition of the many immigrant farmworkers who work every day to tend and harvest our nation's abundant food supply,” the group said. “Farmworkers are human beings who deserve to be treated with dignity, not commodities to be imported cheaply or 'streamlined' in the service of employers' bottom lines.”