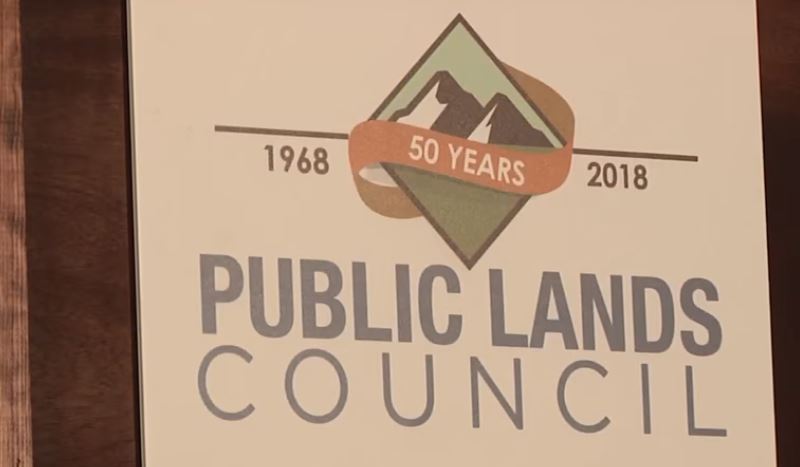 Since 1968, the PLC has represented the cattle and sheep producers who hold public lands grazing permits. The organization advocates for western ranchers who preserve the nation’s natural resources while providing vital food and fiber to the nation and the world.

“I think looking around this room and talking to the different past leaders and current leaders of the Public Lands Council that have made the trip here to Park City this week speaks volumes about what we’re here to celebrate,” said PLC Executive Director Ethan Lane.  “The stories that people are exchanging and the memories they’re catching up on. Along with the battles, we’ve all fought together over the last 50 years tells a tale of how this industry has survived a real onslaught of environmental activism and legislation and a wholesale shift in how we manage public lands in the West.”

On the state level, the Montana PLC works to develop and coordinate unified policy positions and to pursue legislative and regulatory actions for Montana public lands grazers. On national issues, Montana Ranchers say they could not do it without the hard work of the National Public Lands Council who represents them in Washington D.C.

“On our local level we do a lot in the legislature so that legislation isn’t passed to where it hurts us,” said Malta rancher and Montana PLC President Vicki Olson. “On the national level, there’s a lot of lobbying that occurs to educate a lot of people on grazing and the benefits of grazing. If the PLC weren’t in Washington D.C., we would not have a voice there to represent the natural resource users like us on all issues impacting the industry.”

From the PLC’s humble beginnings, Montana has played a critical role in the history of the organization. Glasgow rancher Gene Etchart was one of the two Western ranchers who helped found the group.

“You know Gene Etchart was instrumental in the founding of the PLC,” said Jim Magagna, the chairman of the 50th PLC Anniversary event. “It simply would not have happened without his recognition of the need for an organization along with his counterpart from New Mexico, Harry Lee. I know they saw the problems of the day and they were addressing those immediate problems. I have to believe that Gene and Harry had a vision of the future of public land grazing and really saw that this was something needed to be done not for one year or two to solve an immediate issue but to build an organization that could sustain public land lifestyle grazing in the West for many years to come. So, we are a great debt of gratitude to Gene Etchart.