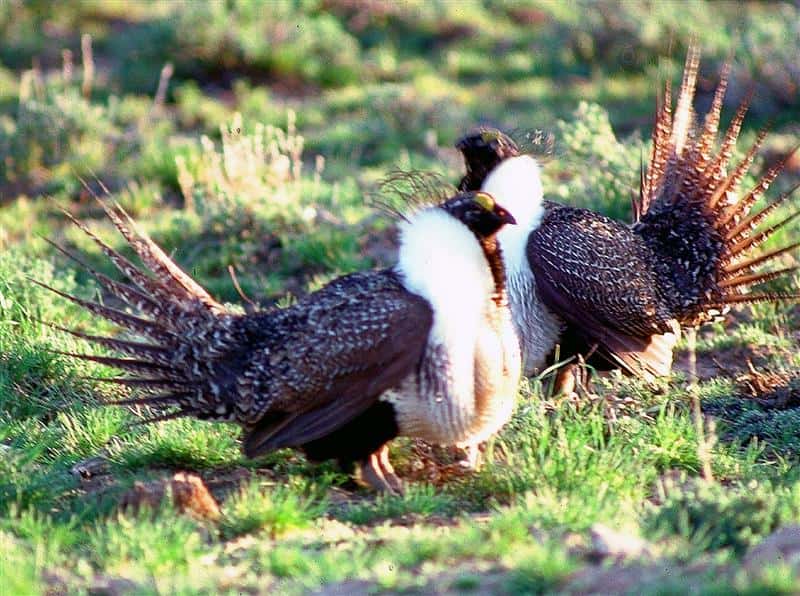 The following is portion of an article from the Twin Falls Times-News:

TWIN FALLS, Idaho • Wildlife officials will spend as much as $100,000 over two years to poison ravens in three areas of Idaho, but officials don’t know whether that kill will permanently boost sage grouse populations as intended.

Ravens are a main predator of sage grouse eggs, and their numbers have increased throughout Idaho and the West, said Ann Moser, wildlife biologist for the state Department of Fish and Game.

Fish and Game hopes to kill the ravens by placing poisoned chicken eggs in strategic locations, which will be easier than trying to shoot them, Moser said.

“We tried that, but ravens are very smart, and they are not easy to shoot,” she said.

On orders from the Legislature, Fish and Game secured a permit to kill as many as 4,000 ravens over two years near Idaho National Laboratory in Arco, the Curlew National Grasslands and in Washington County near the Oregon border. Sage grouse populations have declined more steeply in those areas than elsewhere in the state, Fish and Game reports.

The raven poisoning starts this spring.