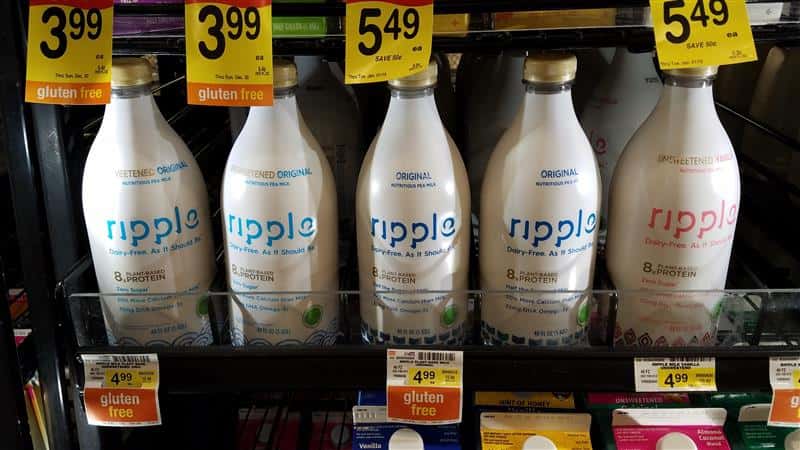 “Consumers have spoken, and they are clear in their desire for FDA to enforce its own rules,” National Milk Producers Federation (NMPF) president and chief executive officer Jim Mulhern said. “FDA must listen to their voice and end deceptive labeling by plant-based beverage manufacturers.”

NMPF said plant-based beverage brands regularly exploit lax regulatory enforcement to label their products as milk, and polling data show that consumers are widely misinformed by mislabeling. A survey by IPSOS from last August found that 73{7cbb219837517174df85f67f5168b0c2dc4f0e508c5e267a3bd180475e36f889} of consumers erroneously believed that almond-based drinks had as much or more protein per serving as milk. In a separate poll from the International Food Information Council Foundation released in October, one-quarter of consumers thought that almond drinks contained cow’s milk or weren’t sure.

The newly announced online IPSOS poll – commissioned by NMPF – was conducted Jan. 4-7, 2019, and surveyed 1,005 adults nationwide on the following question: “The U.S. Food & Drug Administration currently defines ‘milk’ as the product of an animal but doesn’t enforce that labeling rule. Do you believe that the FDA should restrict non-dairy beverage companies from using the term ‘milk’ on their product labels?”