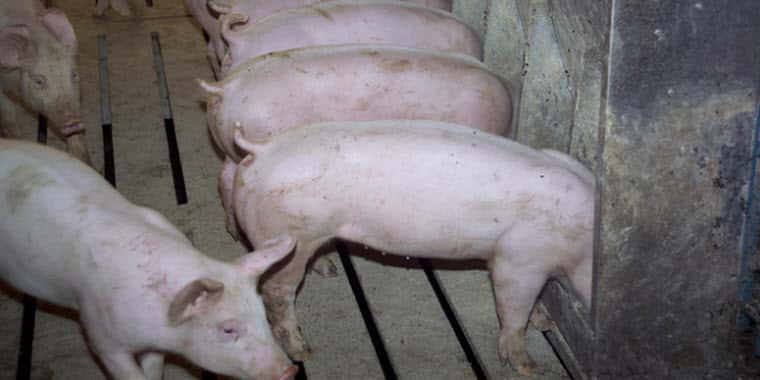 WASHINGTON, D.C., January 14, 2021 – For more than two years, the U.S. Food and Drug Administration (FDA) has dragged its feet on the development of gene-edited livestock, an emerging technology with tremendous promise for livestock agriculture, causing American agriculture to fall behind in the global race to advance its development. Thankfully, under a recently proposed rule, the U.S. Department of Agriculture (USDA) will have primary regulatory jurisdiction, which “will foster innovation, allow for producer access to this technology, and preserve the preeminence of American agriculture globally,” the National Pork Producers Council (NPPC) wrote in comments submitted Wednesday to the agency.

Gene editing is used to make specific changes within an animal’s own genome. Gene editing will allow us to produce animals that are more disease-resistant, require fewer antibiotics and with a smaller environmental footprint. Notwithstanding its significant promise, U.S. agriculture had been in a holding pattern, as USDA and the FDA were locked in a regulatory tug of war over authority on gene editing in livestock. Meanwhile, China, Brazil, Canada and other global competitors moved ahead in the race to pursue this technology.

“…[M]any of our competitor nations have or are moving towards common sense, risk-based regulatory models that capture all agricultural applications and that offer clear pathways to commercialization….Even the European Union, long viewed as a bastion against agricultural  innovation, is having meaningful discussion about accessing the benefits of gene editing.  This is already placing U.S. livestock and poultry producers at a disadvantage,” NPPC wrote. “This disadvantage will be more acute if these countries approve the significant gene edits that we know are on the horizon long before the U.S. is able to do so.  We simply cannot allow U.S. farmers and ranchers to lack the same animal health and food safety advantages as producers in other countries,” NPPC added.

In public comments earlier this week, the current FDA commissioner said he would refuse to sign the memorandum of understanding between the FDA and USDA addressing gene-edited livestock.

“The USDA has put forward an open and transparent process to establish regulatory certainty surrounding a promising technology,” said NPPC President Howard “A.V.” Roth, a hog farmer from Wauzeka, Wisconsin.  “We are disappointed that the FDA continues to engage in delay tactics that are holding back U.S. agriculture. U.S. pork producers are dedicated to rigorous, science-based policies to ensure food safety for all consumers.”

“FDA regulation will result in an impractical, lengthy and expensive approval process,” added Roth. “U.S. agriculture can’t continue to be sidelined while our competitors move ahead with this critical technology. USDA needs to be in the driver’s seat on gene-edited livestock and we look forward to working with the Biden administration on its implementation.”

The USDA’s Animal and Plant Health Inspection Service (APHIS) already has a review process in place for gene editing in plants, which can serve as a model for livestock.

Whenever new technologies are introduced, consumer acceptance is critical. The U.S. pork industry is committed to transparency when using this technology in the future; there are currently no gene-edited pigs entering the food supply. The focus now is on establishing a regulatory framework that will not stifle innovation and drive use of this breakthrough technology overseas. NPPC will always support the rights of consumers and hog farmers to have choice.