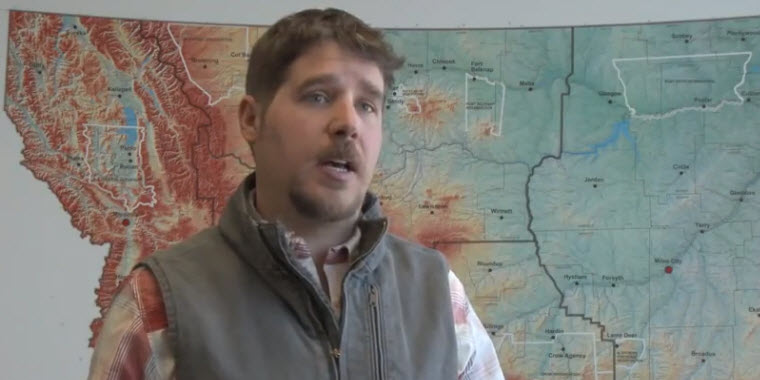 Precipitation Improves Snowpack in Some Basins

BOZEMAN, Mont., March 7, 2016 —Last month’s snowfall favored the higher elevations of  the Kootenai, Flathead, Bitterroot, Big Hole and Smith-Judith-Musselshell basins, where near to above normal snow fell—according to data from the USDA Natural Resources Conservation Service (NRCS).  Based upon the above normal snowfall at higher elevations, these basins saw an increase in snowpack percentages for March 1. Other basins along the Divide were largely left out this month, and saw declines in their snowpack percentages from February 1.

“February was hit or miss across the state of Montana, with regards to snowfall,” said Lucas Zukiewicz, water supply specialist for NRCS.  “Many basins in the northwest part of the state hit a home run, while other basins struck out.”

Basin percentages of normal snowpack rose in most western basins this month. East of the Divide, most basins experienced declines, but some river basins in the southwest and central part of the state are near to above normal for snowpack on March 1. Those basins are still benefiting from the early season moisture in November and December. Further north, along the Rocky Mountain Front, snowpack is well below normal for this date and below last year’s percentages. State-wide snowpack totals are 90 percent of normal for March 1 and 99 percent of last year at this time.

February typically marks a transition across the state’s snowpack. Western basins are usually moving out of their big months of snowfall, and basins east of the Divide are heading into the months they receive the most snow water. River basins east and west of the Divide count on the next few months to add to our mountain snowpack and provide spring precipitation.

“Last year, we experienced a lack of spring and summer precipitation in most of our river basins,” Zukiewicz said.  “This translated into well-below average to record low streamflows, which is a great example of how important spring is for our state’s seasonal runoff.”

This year, streamflow forecasts vary widely and mirror the variability we have in the state, regarding snowpack and precipitation.  If current conditions persist, some water users could be looking at below average stream flows this summer. However, spring can change things quickly, and the next few months will spell out what we can expect in our rivers this year during runoff.