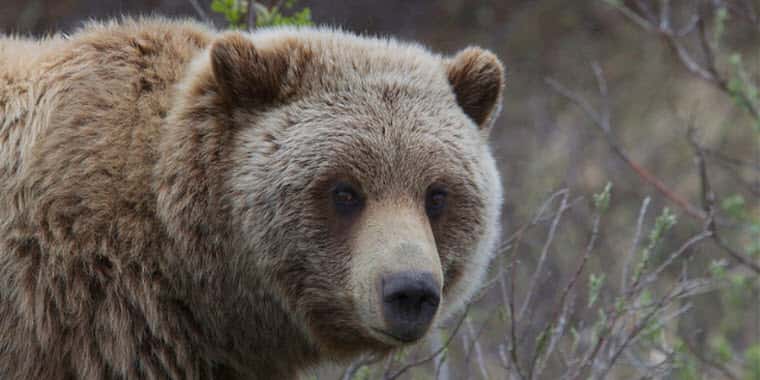 As the year comes to a close, the number of Montana livestock killed by predators continues to set new records.

George Edwards, Executive Director of Montana’s Livestock Loss Board told stockmen at the Montana Woolgrowers convention that in just 10 months they have paid claims on 352 head of livestock killed, which is up from 269 head by this date a year ago. The $241,006 amount paid so far (12/12/19), is already more than was paid the entire previous year.

“We are again breaking a new record, as we have for the last number of years, where losses just continue to increase. Wolf losses have increased a little bit over last year. Grizzly losses are increasing dramatically,” Edwards said. ” We’ve already paid out the same number of claims this year as we did all of last year and I still have two months of claims to come in.”

The total dollars paid for grizzly claims is almost double the claims paid for wolf losses, and George attributes that difference to the fact that wolves have been delisted from the Endangered Species List, and the State now has the ability to manage wolf numbers.

Edwards says with the hunting and trapping season on wolves, he’s noticed a large drop in the number of claims.

“A lot of that I think is due to the fact that wolves in the spring that are preying on young calves as they’re being born are now being hunted and they’re removed because that hunting season extends into the calving season. That’s helped reduce those numbers, reduce those wolves near those calving areas at critical times so the management of wolves has had an impact on the State as far as wolf-cause-loss.”

The numbers of livestock lost to grizzly bears continues to grow each year and sometimes by the dozens of animals in a single attack.

“They just keep climbing and climbing and climbing,” George said in regards to grizzly kills, “the vast majority of the losses are in cattle. But this year, we had a large sheep kill up by Shelby. We had 40 head of sheep turned in for claims that we have paid. Those things happen and we seem to have an instance like that happen almost every year.”

According to United States Department of Agriculture Animal and Plant Health Inspection Services (USDA APHIS) Wildlife Services, there were 30 grizzly bear investigations in 2013 compared to 157 in 2019.

As for other predators, USDA APHIS Wildlife Services says coyotes continue to be the biggest predator problem across the state. Mountain lions are affecting sheep producers more than cattle and black bears are moving into places they’ve never been before.

They need to be delisted!

They should never been reintroduced in Montana and other states.

Why am I not surprised. Our suburban sprawl has encroached on their habitat. So many new comers wanting the rural life ie a ranch of 5 acres. (That is a ranch in California). Drive from Columbus to Redlodge, or from Livingston to Gardiner. Its obvious. They have to eat and we give them easy pickens. No animal including people want to work any harder than necessary for a meal. Why do we have ranches loaded with cattle. So we don’t have to hunt. The predators haven’t changed we have forcefully changed them and their eating habits. Carnivores have to eat and they aren’t really up for a chef salad, it doesn’t fit with their nutritional needs. So yeah they are having more of our food and pets over for dinner. What do you expect?!

All of our forests and wildland are being sold out to realtors. Where are the animals supposed to go? Where are we supposed to hunt and camp? Oh hiking would be so far back. How do the elders and disable get out of stupid people?