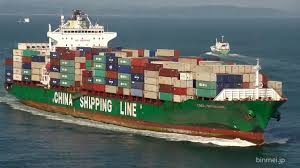 President Donald Trump will be holding a signing ceremony on the Phase One trade deal with China on January 15th, at the White House. The highlight of the deal that’s most interesting to agriculture is China will increase its purchases of U.S. agricultural products in exchange for the U.S. lowering tariffs on some of its imports.

In addition to the ag purchases, China agreed to new commitments on intellectual property protections, forced technology transfers from U.S. companies, as well as new currency practices. The President’s tweet says, “At a later date I will be going to Beijing where talks will begin on Phase Two!”

The precise details of the agreement haven’t been released to the public yet. U.S. Trade Representative Robert Lighthizer says the details will come out when it’s officially signed by both countries.

Northern Ag Network’s Most Viewed Stories of the 2010’s