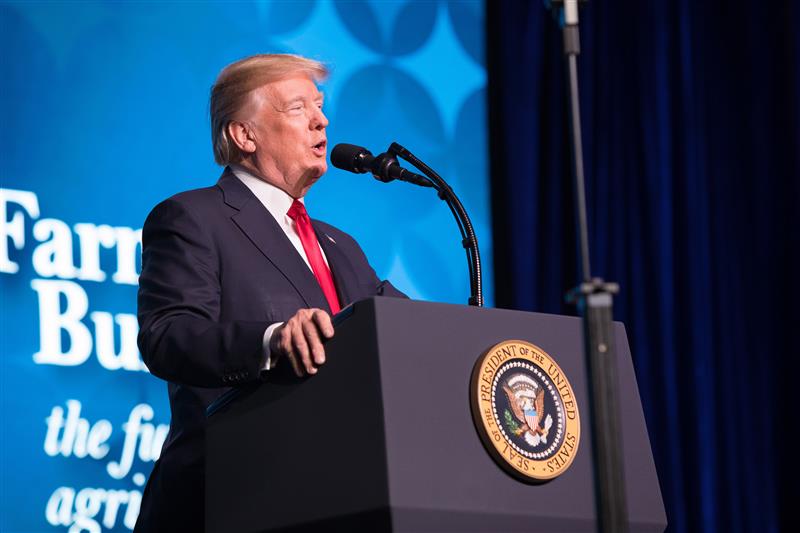 This marks the third straight year Trump has attended the AFBF convention. AFBF President Zippy Duvall says in a statement, “We are grateful that he has made agricultural issues a priority.” Duvall says AFBF welcomes Trump “at a time when there is much to talk about, from trade progress to important regulatory reforms.”

January has turned out to be a busy time for the Trump Administration as well as ag policy. The Senate is close to finalizing the U.S.-Mexico-Canada Agreement, although the deal is being held up by impeachment hearings. The phase one trade agreement with China is set to be signed on Wednesday at the White House. The agriculture industry is coming out of a particularly challenging year but the progress on trade agreements and rallies across several commodity markets has provided a nice shot of optimism for farmers and ranchers.

Many producers from Northern Ag Network country will be leaving the cold weather behind to head for Texas. The convention will also feature a trade show, workshops and speakers covering topics like ag innovation, consumer engagement, public policy and advocacy and a whole lot more. Northern Ag Network’s Colter Brown will be covering the convention for us, so stay tuned for updates on what producers learn and what the President has to say.

MT Livestock Owners Must Report to Department of Revenue