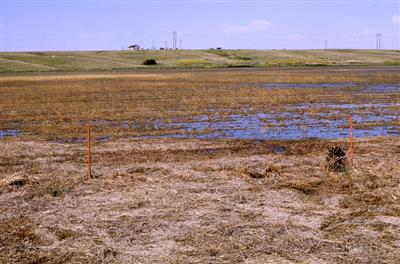 Farmers in Northern Plains states and parts of the Corn Belt will lose the prospect of larger potential payouts under prevented planting claims following a crop-insurance change announced earlier this week by USDA's Risk Management Agency.

USDA has changed policies around prevented planting that likely will affect coverage and indemnities in the Northern Plains.

USDA press staff did not reply to questions about projected cost savings or how Agriculture Secretary Sonny Perdue would use those savings.

A spokesman for USDA's Risk Management Agency pointed to the proposals in the past to eliminate the 10{a169222e5c003bec48f63dd57bc39383f42c8e994ade26e015ce9d78e5f0b614} option as a cost-savings measure. RMA also stated, “USDA's Office of Inspector General issued a report in 2013 and determined that RMA needs to improve the prevented planting provisions to be more cost effective; to encourage producers to plant a crop, where possible; and to make eligibility criteria more objective and clear.”

Multiple lobbyists told DTN that USDA's announcement on Monday came as a surprise and there was no advanced consultation with commodity organizations. One lobbyist said Perdue has been wanting to expand insurance options for livestock and dairy producers, and the move was possibly done as a way to free up money for those efforts.