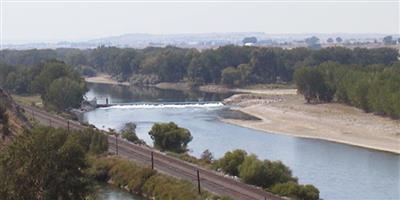 Tonight in Billings, irrigators and agri-businesses will be standing up to support the proposed By-Pass Channel for the Lower Yellowstone Irrigation Project north of Glendive,

The diversion dam on the Yellowstone River north of Glendive has provided water to irrigators for 107 years, making a lush and productive valley in eastern Montana.  The Army Corp or Engineers has spent years working to develop the proposed Lower Yellowstone Intake Diversion Dam Fish Passage, including the approval of an Environmental Impact Statement that determined that the proposed ByPass Channel was the best alternative for fish populations and for agriculture.

However environmental groups like the Defenders of Wildlife now want to ignore that work, and stop the Project altogether.  They have asked for an additional Public Meeting this week in Billings, well over 200 miles from the site of the project. This is the third public hearing this week by the Army Corps of Engineers, and the Bureau of Reclamation.

Over 400 people showed up in Sidney on Tuesday and last night at the Glendive meeting over 200 people turned out, and about 25 spoke in support of the project.

Duane Mitchell, a County Commissioner from Richland County said there were only 3 people that spoke in opposition to the diversion dam project, and that some of those opponents were not actually from Eastern Montana.

A large crowd is anticipated for the meeting tonight in Billings, scheduled for 5:30 at the Lincoln Center, 415 North 30th Street in downtown Billings.

According to Mitchell, farmers are concerned that tonight’s meeting was specifically scheduled at the request of some active environmental groups and notes that the meeting is hundreds of miles from the affected area, and at a time when farmers are in one of their busiest seasons of the year.

Concerned that the ultimate goal of groups like the Defenders of Wildlife is to remove ALL irrigation dams and weirs from the length of the Yellowstone River, a number of Montana leaders are urging people to come testify this Thursday night in Billings at 5:30 PM at the Lincoln Center.

Local Billings irrigation supervisor Russ Cummins spoke to Northern Ag about the impacts to the local communities outside of agriculture who also benefit from the diversion channel.  “That's what a lot of people don't understand, is how much the ditches fill the underground water levels.  The ditches keep the water table filled up.  I've had people call me in the spring because we don't have any water in the ditch yet and their well is dry, here in the west end of Billings, and they don't pay any dues to the ditch at all.”

The other point Cummins spoke about was cost.  The diversion channel currently allows water into the ditches without any energy costs and very little maintenance.  The alternative would be pumps, which can be very expensive to install, run and maintain.

Northern Ag Network will be at the Billings meeting tonight and will provide an update.

CLICK HERE to read more from us about the issue and arguments on both sides including a link to arguments by the Defenders of Wildlife.