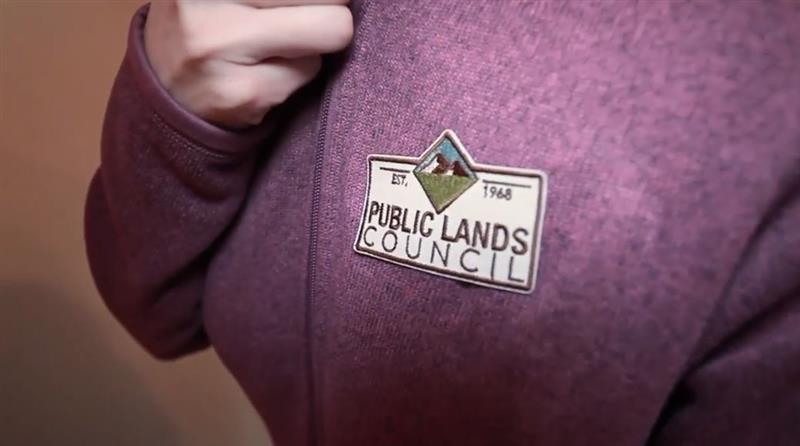 WASHINGTON (Jan. 11, 2018) – Today the Public Lands Council launched a new campaign to support rural communities and raise awareness of critical facts in the national monuments debate. The move responds to the profit-driven marketing efforts of multinational retail corporation Patagonia, which promoted false claims about national monuments in the wake of the recent decision to appropriately scale Bears Ears and Grand-Staircase Escalante. The PLC campaign features the distribution of iron-on clothing patches designed to cover the logo on Patagonia merchandise and cure “Patagonia Shame.”

“Patagonia’s actions are a pure marketing play disguised as concern for western landscapes,” said Ethan Lane, Executive Director of the Public Lands Council. “Many Patagonia customers would be ashamed to learn the corporation prioritized its own profits over the wishes of local communities who were harmed by national monument designations.”

Patagonia’s public opposition to the national monument modifications – which included a pop-up banner on the corporate website titled “The President Stole Your Land” – led to an invitation for the founder to testify in front of the House Natural Resources Committee. Patagonia refused.
“Patagonia should do us all a favor and keep selling coats, not a political agenda,” added Lane. “Where were they for the last 150 years when ranchers were protecting these resources?”
Contrary to Patagonia’s claims, all land removed from national monument designations remains under federal control and management.

PLC patches retail for $3.00 and can  through the PLC website. The patches feature full-color embroidery and are 3 inches long by 2 inches tall.

PLC represents public lands ranchers in Washington, D.C. Since 1968, PLC has worked with Congress and the federal land management agencies to maintain a stable business environment in which livestock producers can conserve the West and feed the nation and world. Visit www.publiclandscouncil.org to learn more.