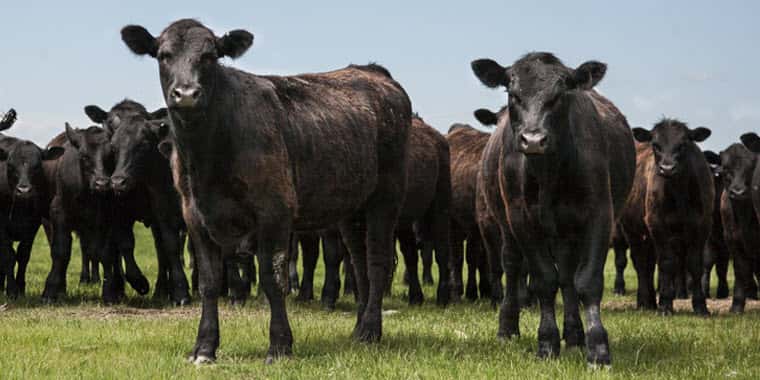 Put the Beef Checkoff to a Vote

OMAHA (DTN) — Cattle producers would get to vote on whether to increase the beef checkoff before it would go into effect under the latest proposal to double the $1-per-head fee to $2.

Members of the eight organizations comprising the Beef Checkoff Enhancement Working Group were sent a proposal last week in the latest effort to reach industry agreement on ways to increase beef checkoff revenues.

The latest proposal would require going to Congress to change the 1985 Beef Promotion and Research Act and Order. If Congress adopts legislation, then a national referendum by beef producers would vote on whether to increase the fee.

Under the plan, producers would be able to request a refund of that additional fee, but not the current $1 fee, the memorandum of understanding (MOU) states.

This latest effort comes after an acrimonious fall during which Agriculture Secretary Tom Vilsack attempted to push for a second, separate beef checkoff program only to see those efforts blocked by Congress.

“We've been at this for three solid years in trying to find some solutions to an enhancement, and I think really what we arrived at is something that should be palatable to the beef industry,” Stuart said.

The $1-per-head fee is losing its effectiveness on a lot of fronts. For one, $1 has the same buying power as 48 cents in 1987. A steadily declining national cattle herd has reduced revenue as well. Half of the $1 fee in most states goes to the state beef council. The other half goes to the Cattlemen's Beef Board, which then contracts to spend about $40 million a year.

A sticking point, however, remains when it comes down to control of checkoff dollars and how are they distributed. The latest MOU structures the Beef Promotion Operating Committee with 20 members, including the chairman of the Cattlemen's Beef Board and chairman of the Federation of State Beef Councils. The 18 remaining voting members of the operating committee will come from a nominating committee, but the operating committee members from members of the CBB and the Federation.

So critics of the proposal say the MOU makes changes to who can be on the nominating committee, but the operating committee will still come from the same set of people as it does now.

Stuart also noted the MOU right now is still a draft. The goal is to bring the working group back together in March and see what the level of support is from the various associations.

The MOU also doesn't address a major grievance from some policy organizations that resent the role the National Cattlemen's Beef Association plays as the overarching administrative staff for the Federation of State Beef Councils.

“Yeah, there are changes, but at the end of the day, it is still NCBA and the Federation that control everything,” said Roger Johnson, president of the National Farmers Union. “As long as that's the case, what's the difference? Until they separate like every other checkoff group has separated, they are going to always face this scrutiny.”

Yet, unlike the secretary's proposal that would have created a referendum three years after a new checkoff is started, the MOU does put the checkoff increase to a vote before it would begin. So producers would have a final say in whether they support a change in the fee or not.

“There would be a vote before it goes into effect and the assessment begins,” Stuart said.

National Farmers Union chose to leave the beef working group last summer because NFU members didn't believe the working group was going to come to an agreement on structural changes to shift funds away from NCBA.

Chuck Kiker, who represents the U.S. Cattlemen's Association on the working committee, said his group continues to participate in the talks. He said his USCA members are disappointed there aren't going to be some other elements changed in the checkoff under this latest proposal.

“We voiced those concerns in those meetings,” Kiker said. “Our board will vote on the final document — whatever's finalized.”

Kiker said NFU's decision to drop out of the working group has led to fewer voices in the room trying to push for more structural changes. “That's what's so disappointing about NFU dropping out,” he said.

The American Farm Bureau Federation won't have a position on the new proposal until its board meets in mid-March. However, Farm Bureau delegates made it clear last week at the group's annual meeting that AFBF supports the Beef Promotion and Research Act of 1985 and the Federation of State Beef Councils. The policy language also opposed any other changes in the selection process for the Cattlemen's Beef Board.

Bill Bullard, CEO of R-CALF USA, is also on the outside looking in. R-CALF was never allowed to participate in the working group discussions, though Bullard closely monitors them. The structure would continue to provide checkoff funds to advocacy groups such as NCBA, which is frequently on the opposite of policy debates from groups such as R-CALF.

“From our perspective, it locks in the conflicts of interest, and that is that it still allows the Federation to make decisions as to who is awarded contracts and the Federation continues to be housed, controlled and owned by the National Cattlemen's Beef Association,” Bullard said.

“We think this is fundamentally flawed, and clearly we do not support it,” Bullard said.

Bullard said Vilsack has failed to enforce prohibitions against conflicts of interest. That, in turn, has fueled the confidence of NCBA. Meanwhile, R-CALF feels marginalized in the process.