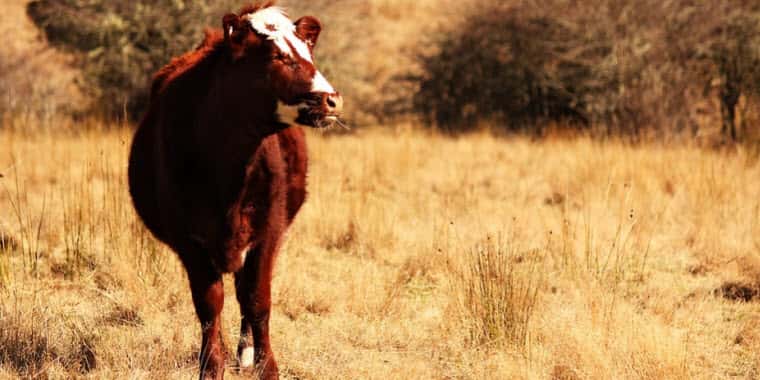 August 26, 2016
Billings, Mont. – In response to the government's August motion to dismiss or stay the lawsuit R-CALF USA filed against the national beef checkoff program (Beef Checkoff) in May, late yesterday R-CALF USA's attorneys asked the court to award R-CALF USA summary judgment and immediately end the program's unconstitutional taxation of ranchers.
The group's lawsuit alleges the government, represented by Agriculture Secretary Tom Vilsack and the U.S. Department of Agriculture (USDA), is operating the Beef Checkoff in a manner that violates the U.S. Constitution. According to the lawsuit, the Beef Checkoff, which compels producers to pay $1 per head every time cattle are sold, is a federal tax that funds the private speech of the Montana Beef Council. The group states that the council's private speech is objectionable because it promotes the message that there is no difference between domestic beef produced under U.S. food safety laws and beef produced in foreign countries.
Compelling citizens to subsidize private speech violates the First Amendment, the group says.
In its August motion, the government barely contested R-CALF USA's claim that the checkoff had been an unconstitutional, compelled subsidy. Instead, USDA argued the subsidy was no longer compelled because the agency is currently promulgating a new rule that would allow producers in most states to petition their respective state beef councils to redirect checkoff dollars away from those private state councils and to the federal Beef Checkoff program, which is operated under the direct supervision of the USDA.
Citing the proposed rule, the government moved to either dismiss or to stay the case, saying it believes the disputed tax distribution will be resolved through its rulemaking process.
In R-CALF USA's motion it states that the government's proposed solution is woefully inadequate. The group asserts that a violation of the Constitution cannot be remedied by imposing an additional burden on independent cattle producers though an opt-out scheme. Instead, the Constitution requires the government first obtain the affirmative consent from those who are required to pay the federal cattle tax before it can use those taxes to fund private speech.
“There is no reason to continue unconstitutionally taxing America's independent ranchers when the government already admits it should have never happened in the first place,” said David Muraskin, Food Project attorney with Public Justice, who represents R-CALF, USA. “Every day that passes without action is another day ranchers are taxed and more money is improperly funneled to programs that harm them. There is no disagreement when it comes to ending this policy, and there is no reason the court should allow it to continue for even one day more.”
Dudley Butler, former USDA administrator, said, “The Beef Checkoff has been a complete debacle.  It has taxed independent ranchers for decades and provided no real benefit. It has subsidized meatpackers and special interest groups who want cattle ranchers to become serfs on their own land like poultry growers.  All the while USDA has looked the other way.”

According to R-CALF USA CEO Bill Bullard, the group's membership voted overwhelmingly in 2014 to direct R-CALF USA to work for the repeal of the current Beef Checkoff because it was fraught with corruption and abuse.

“We filed our lawsuit only after Secretary Vilsack and his USDA refused to follow through with any of the reforms they had said were necessary since 2010. It is quite alarming that independent U.S. ranchers have been forced for 30 years to advertise beef produced by their foreign competitors and it is our hope that our organization can soon put an end to this once and for all,” Bullard said.

Ranch Rodeo in Malta this Weekend!