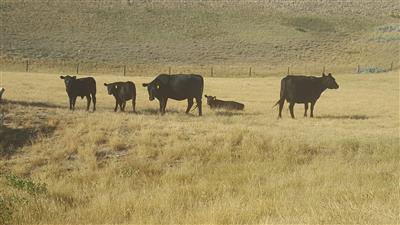 Ranchers Could See Updates For Compliance With NEPA

Ranchers across the country today hailed an announcement by President Trump that his Administration will promulgate new regulations to implement the National Environmental Policy Act (NEPA).

NEPA was first enacted in 1970 to “create and maintain conditions under which man and nature can exist in productive harmony,” and has not undergone substantive regulatory revision since 1986.  Ranchers must undergo NEPA reviews for many reasons, but common examples include renewal of a term grazing permit, construction of range improvements, or to become eligible for participation in USDA programs.  However, due to litigation, outside pressure, an abundance of caution, and a variety of other reasons, oftentimes these costly processes are further delayed and create an uncertain business environment for livestock producers.

“Over time, NEPA has evolved into a complex web of onerous processes and bureaucratic red tape,” said fifth-generation Oregon rancher and Public Lands Council President Bob Skinner.  “These sensible updates proposed by Council on Environmental Quality (CEQ) are welcome news to ranching families whose businesses have been impacted by the overwhelming and growing costs of NEPA compliance.”

“Cattle producers across the country are grateful to President Trump and his team at CEQ for listening to rural America and providing this commonsense regulatory relief,” added National Cattlemen’s Beef Association President Jennifer Houston.  “Cattlemen and women should get their voice on the record by submitting comments in favor of this rulemaking.”

North Dakota’s Governor Doug Burgum also applauded the proposal saying “No one cares more about North Dakota’s environment than the people who live here, but the 40-year-old NEPA process has become increasingly complex, cumbersome and time-consuming, resulting in unnecessary, multi-year delays and cost increases for key infrastructure projects including highways, pipelines and critical flood protection.” Burgum added “We thank CEQ and the Trump administration for proposing common-sense reforms to modernize and streamline NEPA.”

When finalized, the draft rules announced today will relieve that outside pressure, clarify exemptions, and eliminate redundancies.

American Farm Bureau Points Out Things To Watch For In 2020