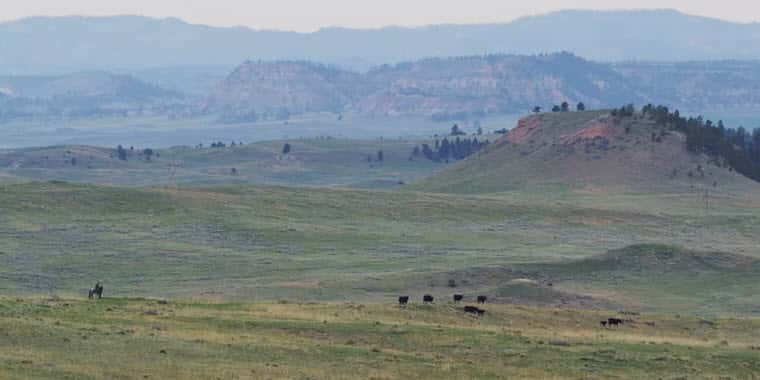 Arch Coal is asking the Montana Department of Environmental Quality to suspend its permit application for the Otter Creek strip mine in southeast Montana and is closing its Billings office.

The proposed Otter Creek Coal Mine was planned about five miles southeast of Ashland and was the largest proposed new strip mine in the United States.  Arch Coal won the right to mine the Otter Creek coal tracts in 2010 and had been working since then to obtain a permit to proceed with the mine.

According to the Great Falls Tribune (http://gftrib.com/1XfvUEn) The company issued a statement that it is suspending its efforts to secure a mining permit for the Otter Creek coal reserves near Ashland due to capital constraints, near-term weakness in coal markets and an extended and uncertain permitting outlook.

“It was only a matter of time before this project collapsed. All of us in Montana are fortunate that it collapsed before this gigantic mine opened up and a productive ranching valley was destroyed,” said Dawson Dunning, a Northern Plains member whose family has ranched on Otter Creek for over a century. “The writing was on the wall.”

Local ranchers have worried about this for years. It’s important to them that clean water is protected for their livelihoods. Ranchers and irrigators in southeast Montana can sleep well knowing that their water will be protected.

“Montana has a long history with mining companies walking away,” said Kate French, Chair of landowner group Northern Plains Resource Council, which has opposed the project since it was first proposed. “We should count our lucky stars that Arch Coal walked away before this project was built, and before it wrecked the Otter Creek valley.”

A video shot by the Northern Plains Resource Council about a year ago had rancher Clint McRae explains the issues with the proposed Otter Creek coal mine and why area ranchers were against the project.

Count on Coal Montana, however offered a different look at the Arch Coal permitting suspension

Count on Coal Montana spokeswoman Shelby DeMars issued the following statement today in reaction to the news that Arch Coal was suspending permitting efforts for the Otter Creek coal reserves:

“Otter Creek is a unique opportunity for Montana because that coal is owned by us, the people of Montana.  If it's not developed, we all lose out.  It's devastating that permitting delays and the War on Coal being waged by environmental groups and politicians have resulted in a developer pulling out of a project that would have brought Montana so many benefits.

“Otter Creek would have created 4,400 new jobs for Montanans and been a huge boon to our state coffers, bringing in nearly $200 million biennially.  Economic opportunities of that magnitude don't come along often, and it's sad that we've let day red tape and extreme environmental groups squander our chance of make that opportunity a reality.”

BLM and USFS Land Use Plans Are Detrimental to Healthy Rangelands