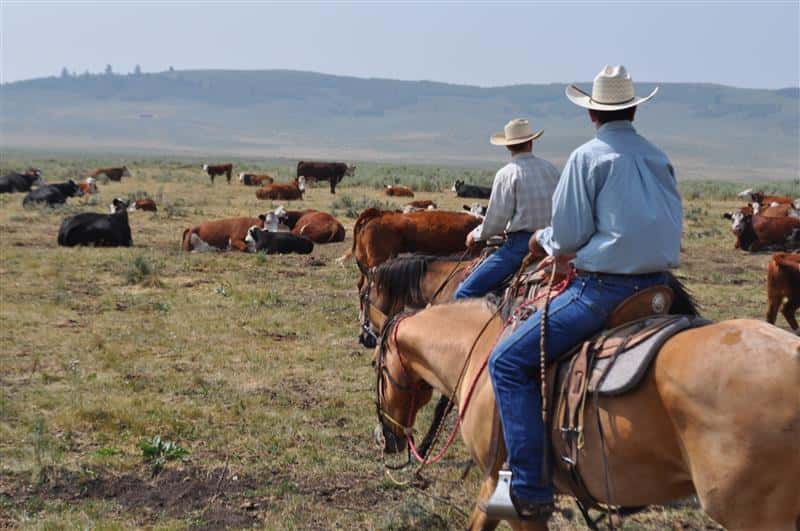 WASHINGTON (January 28, 2019) –  Public Lands Council (PLC) President Bob Skinner and National Cattlemen’s Beef Association (NCBA) President Kevin Kester today issued the following statement in response to the reissuance of Bureau of Land Management (BLM) grazing permits to Hammond Ranches:
“In light of a full and unconditional presidential pardon, the reissuance of the Hammond Ranches’ grazing permits is the final step in righting the egregious injustices the Hammonds faced. This is the culmination of years of effort on behalf of this industry to restore a family’s livelihood. We speak on behalf of the livestock producers nationwide in saying thank you to Acting Interior Secretary David Bernhardt and his team who worked to correct the hardships this family faced.”

“The Hammonds have asked me to convey their appreciation to Acting Secretary Bernhardt and the Bureau of Land Management for reissuing their grazing permits. They are looking forward to digging into the specifics of the reinstatement and, finally, getting back to the business of ranching.”

Background:
In 2012, Oregon ranchers Dwight and Steven Hammond were convicted of felony arson and sentenced to five years imprisonment under the Antiterrorism and Effective Death Penalty Act of 1996. This conviction was the result of two routine, back-burn fires started on their private property spreading to small parcels of adjacent federal land. On July 10, 2018, President Trump signed Executive Grants of Clemency for both men. However, the initial conviction resulted in the loss of Hammond Ranches’ BLM grazing permits. Today, the Department of the Interior notified Hammond Ranches that their grazing permits had been reinstated.

The National Cattlemen’s Beef Association (NCBA) has represented America’s cattle producers since 1898, preserving the heritage and strength of the industry through education and public policy.  As the largest association of cattle producers, NCBA works to create new markets and increase demand for beef.  Efforts are made possible through membership contributions. To join, contact NCBA at 1-866-BEEF-USA or membership@beef.org.

Thank God! & Thank LaVoy Finicum for his and his family’s sacrifices by standing for freedom! Thank you Americans and Thank God for a Great President, Donald Trump! Finally, overturned the Domestic Terror attacks, coordinated by Michelle Obama’s boy, Hilarious Clinton, Federal Bureau In Terror as they sought to intimidate, defame and prosecute, with no due process, good family’s such as the Hammonds, Bundys and Finicum families, to name just a few of the hundreds of ranch families, these domestic treasonous terrorist s tried to crush. All Cowboys Should Stand for Freedom. We should all stand up for LaVoy and his good widow Jeanette. Who I know personally to be the most courageous woman I’ve ever known, and I know many of her kind. Jeanette has not one single speck of hate or wish of revenge or hate in her, but should be afforded every ounce of due process, in her efforts to gain the still, lacking justice, for her assassinated husbands stand for freedom of the Hammonds. How can anyone stand with the Hammonds, and not stand for LaVoy? I stand for the Finicum family. I am LaVoy