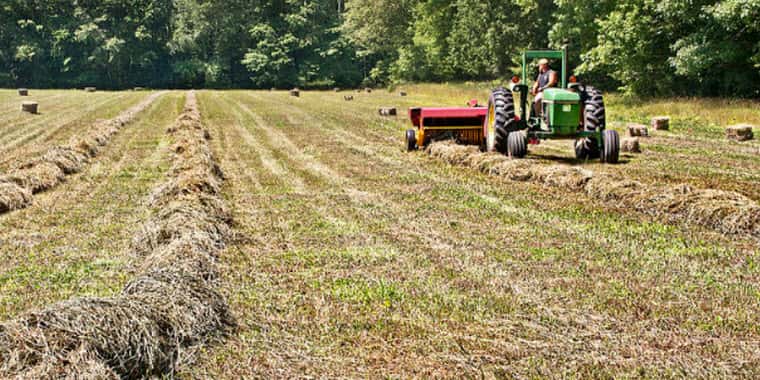 HADDONFIELD, N.J. (DTN) — Agriculture's 24/7 workload poses special issues for payroll. Most farmers assume they are not required to pay overtime for any farm work performed by their employees, points out Paul Neiffer, a CPA with CliftonLarsonAllen in Yakima, Washington. But given the new rules imposed by the Department of Labor starting December 1, you need to carefully review that policy and the impact on your labor expense, he advises.

Farm employers are not required to pay time-and-a-half for overtime farm work, but they must pay for every hour worked at normal pay rates unless a salary exceeds $913 per week ($47,476 per year).
The Department of Labor announced final regulations on new overtime rules May 18, greatly expanding who qualifies for overtime treatment.

“Direct” agricultural work still is generally exempt from overtime, so if you're pressed to run full speed during planting and harvest, you simply pay field hands their hourly rate multiplied by time worked. Immediate family members employed on farm also are completely exempt from overtime rules. Neither of those exemptions have changed, says Angie Ziegler who advises clients on payroll issues for the accounting firm of EideBailly in Mankato, Minnesota.

WHERE IT GETS COMPLICATED

However, today's farms also include a number of business entities, some which will qualify as “farm” and some which may not. Frequently non-farm sidelines can include commercial trucking, custom hire work or perhaps a commercial grain elevator. In those cases, the work performed is no longer exempt from overtime rules.

For example, hourly employees who haul for someone other than the farm would need to be paid time-and-a-half on hours that exceed 40 hours per week. That's the case, even if they worked 40 hours on the farm and 20 hours for your trucking company.

“The problem is there aren't a lot of specific rules and regulations on this. This is not something that's been pinned down by the Department of Labor. But that's my educated guess, based on discussion with attorneys and reviews of revenue rulings,” Neiffer says.

The big change in a new Labor Department rule is white-collar employees who have been paid more than $455 per week ($23,660 per year) and were exempt from overtime in the past because of their job category. In the past, managers, administrative staff and technical workers who worked on farms were still considered farm labor. “As long as they were paid at least $455 per week, they were entitled to nothing for overtime,” Neiffer says.

Beginning Dec. 1, 2016, however, the overtime-wage standard for white-collar jobs jumps to $913 per week, or $47,476 per year. “White-collar” employees who earn less than $47,476 a year and who work in non-farm businesses must be paid overtime at time-and-a-half for all hours above 40 hours a week.

However, “white-collar” employees who work for the farm and earn under the $47,476 salary threshold — and are not involved in any non-farm sideline businesses — won't need to be paid time-and-a-half, Neiffer emphasizes. Still, these workers will need to be paid their flat hourly wage for all hours above 40 hours per week, he says.

“Under the old rules, a farm's white-collar workers were no big deal since almost everyone earned more than $23,000 a year if they were on salary, so they weren't collecting any overtime pay. But with non-taxable benefits like housing and company vehicles, many farm employees do earn less than $47,476 a year and will now need some compensation for those excess hours,” Neiffer says.

It's common at certain times of the year that a farm's clerical staff or other managers put in 60 or more hours per week, so there's a chance that farm labor costs will go up if employers don't monitor the situation, EideBailly's Ziegler says. Besides salary, the rules could affect FICA taxes and retirement plans.

“Farm employers may need to work out their options,” she says. “They can jump salaried employees to a higher pay rate to avoid overtime rules; keep them at current salary and pay overtime; convert salaried workers to hourly workers; or reduce an employee's hourly wages but pay over-time that will keep them at their current annual earnings.”

CliftonLarsonAllen recommends that employers now require all employees (even those on salary) to complete time sheets and acknowledge accuracy of those hours. What's more, developing formal job descriptions and annual reviews will establish precisely who is and isn't eligible for overtime pay. In some cases, it might be worth it to raise a worker's salary to qualify for the exemption. In other cases, you may want to require pre-approval on over-time hours, to help you keep labor costs under control.

For agriculture, the new rules may be more complicated than they look, especially farms with a mix of custom work and rental farms or with ag-related businesses. Consult an attorney or accountant to make sure your farm employees actually qualify for exemptions.

“In practice, a lot of farms misclassify their workers,” Ziegler says. “People who figure that out first are those undergoing a state unemployment audit. Be proactive. Payroll violations often have numerous penalties. You don't want to learn the hard way.”

For much more background on the new rule, go to https://www.dol.gov/…

For a fact sheet on agricultural exemptions to overtime rules go to https://www.dol.gov/…