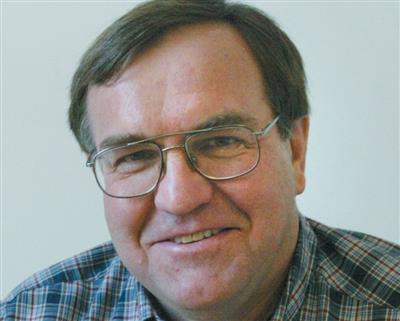 Written by Mike Smith and originally published at Montana Standard

Ron Ueland, who showed his love for Montana and Butte through successful agribusiness ventures, revitalizing the Metals Bank Building, launching a beer malting facility here, and many other endeavors, died Saturday. He was 65.

Ueland suffered a heart attack at his ranch house just west of Butte early Saturday afternoon, his brother Ray said Sunday. He had been working out on a treadmill and was gone by the time medical personnel got there.

Ueland, who grew up with seven siblings in the same house he died in, is survived by his high school sweetheart and wife Sue, his son Ty, daughters Jennifer and Sunni, and seven grandchildren, among others.

During the past week, he kept saying how beautiful everything was and repeated that Saturday morning, too.

“He couldn’t get over how beautiful things were of late with the green grass and the blue sky and everything,” said his daughter Jennifer.

“He was so incredibly passionate about Montana, and having traveled out of state for a lot of his career — nothing ever compared to Montana and its realness, its authenticity, and the community of people, from farmers to educators to business people who really rolled up their sleeves and got stuff done.

“He liked the grit in Montana and the ambition, but at the end of the day, it was about the wholesome goodness of the people here.”

Ueland met Sue during their freshman year at Butte Central High School in 1966, and they got married when Ron was a sophomore at Montana State University in Bozeman,

“Sue was the only girl he ever dated,” Ray said, a fact his brothers teased Ron about over the years. “His response was always, ‘When you find the right one, why go elsewhere?’”

Ron was a star linebacker and offensive tackle at Butte Central and was on the team that won the state football championship in 1969.

He earned a degree in business management in 1974 from MSU, where he continued his football prowess under legendary coach Sonny Holland. He was a team captain and a first team Big Sky Conference linebacker in 1973.

Holland, at a birthday celebration Ron threw for his brothers Don and Dan in 2015, said recruiting Ron was a huge step in turning the Bobcats into a football power in the 1970s. Don and Dan also played at MSU.

“You boys couldn’t have turned out any way but great,” he told them that day.

Ueland was operations manager for Tri-River Chemical from 1975 to 1979 before joining ConAgra, where he served as general manager of its United Agri Products California Division for several years. He was executive vice president of ConAgra’s United Agri Product Companies from 1986 to 1997.

He played major roles in numerous ventures, serving as president of WestBred LLC, a national agricultural research and development company; partner/owner in International Truck Body Co., Ueland Ranches Inc., and Ueland Land Development; and president of Northern Seed Co., which has developed seed varieties specifically for Montana, among other things.

He had been a champion of Montana agriculture throughout, and many of his business endeavors have had close ties with MSU. He had been an outspoken advocate for all higher education in the state, too.

He was among those who urged state lawmakers a few years ago to allocate $15 million to university research, saying it would help attract and train more students in Montana agriculture.

“I’m a fiscally conservative Republican from Butte,” Ueland told a legislative committee then. “We fight hard for things that make sense. This makes sense.”

Ueland returned to Montana for good many years ago, Ray and Jennifer said, splitting time between Bozeman and Butte at first and ultimately moving into the same ranch house he grew up in.

“It was always his goal to come back, and he achieved it,” Ray said.

“He enjoyed nothing more than being out on the property and tinkering with little projects he created for himself,” Jennifer said. “He so valued the ranch and the country life.”

Ueland led the purchase and successful 2007 renovation of the Metals Bank building at Park and Main in Uptown Butte, turning it into high-rise condominiums, Metals Sports Bar, and offices, including his own.

He never slowed down and announced in January 2017 that he and other local investors were going to build a $15-million facility to produce a variety of malts for a craft brewing industry that was booming in Montana and beyond.

They chose Butte’s business park for their Montana Craft Malt plant, which will use only Montana-grown barley to produce 10,000 tons of malt per year — more than twice the amount used now by craft brewers in Montana.

Ueland brought in Jennifer to lead marketing efforts for the venture and said in February that it could begin operations later this year. Jennifer said she and others on the team her father assembled talked Sunday morning.

“Now more than ever we are committed to seeing this through,” she said.

Brandon DeShaw, one of the other founding investors in the plant, said Ueland’s business acumen was “world renowned” and his network of contacts in the agriculture industry stretched nationwide and beyond.

“He had this gravitas — he could walk into a room and you just wanted to work hard for the man,” said DeShaw, who is a board member for Montana Craft Malt and is doing some engineering work on the project. “When you got a little praise from him, it was something to remember.”

DeShaw said Ueland was “the only one who could have put this project together,” but his local reach went beyond Butte.

Late last year, Ueland announced that the International Truck Body Co. he owned with brothers-in-law Mike and Bert Robins was moving from Conrad to Anaconda and would expand from 15 to 20 people to about 30.

That means Anaconda will soon be home to a manufacturing company that has contracts with the U.S. Air Force.

“That is another example of him getting this area revitalized,” DeShaw said.

Radio station owner and operator Ron Davis became good friends with Ueland by working with him on numerous causes to improve Butte.

Ueland was among those who helped persuade NorthWestern Energy to keep its Montana headquarters in Uptown Butte, Davis said, adding that he backed efforts to get Hennessy Market established and was instrumental in making residential living in Uptown appealing again, among many other things.

“He had a vision, and he wanted to get everyone who was willing to make Butte better,” Davis said. “He could have lived anywhere, but he wanted to be here.

“He was going 190 miles an hour all the time and had the energy of 10 people,” Davis said. “He was highly focused on getting things done. This is definitely a loss for Butte and all of Montana, for that matter.”

Funeral services will be held at noon this Friday, May 18th at the Immaculate Conception Catholic Church in Butte.

Just How did the Bull Sale Season End?