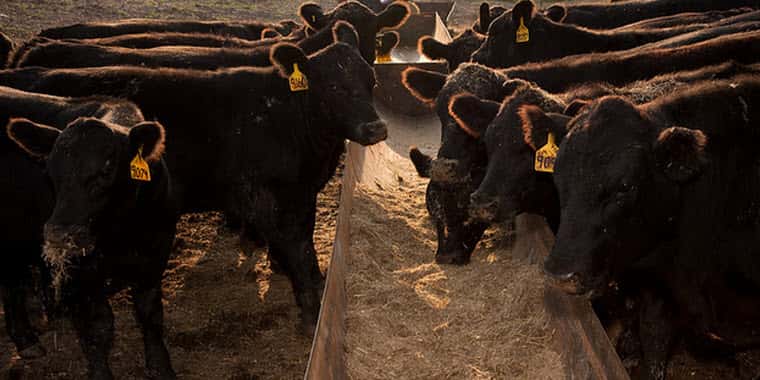 ROLLA, Mo. – With feeder-calf prices still falling, beef producers can protect current prices on their calves. But they won’t make as much money as they could have if they had sold futures contracts back in the summer.

All autumn, Scott Brown, University of Missouri beef economist, told herd owners to lock in what had been near record-high prices for their 2015 calf crop.

He fears few heeded that advice as calf prices slid from more than $200 per hundredweight to less than $150 in early December. A futures contract bought in August could return $20,000 more for this year’s farm income. That would be for one contract of about 70 calves sold on the board at the Chicago Mercantile Exchange.

After living through crashes in grain prices, corn farmers learned to lock in good prices when they can.

We buy insurance on lots of things, Brown says. But cow herd owners haven’t done that. Most remain exposed to price risks.

If herd owners didn’t listen to Brown’s message, they will hear warnings from their bankers. The MU economist has talked risk management to agriculture lenders in meetings across the state the last few weeks.

“Ask your farmers if they protect their returns,” Brown told lenders in a central Ozarks meeting in Rolla, Dec. 8.

Brown outlined four major ways to protect income when prices are high but falling: Owners can sell forward contracts, buy feeder-calf futures, buy or sell options on the exchange, or buy the new livestock risk protection (LRP). The current farm bill created livestock insurance that is funded in part by the U.S. Department of Agriculture. LRP is similar to crop insurance, now widely used. All are based on the prices listed in the futures market.

The LRP gives the simplest method. “Find a local agent who sells crop insurance and LRP. Have them talk through the process,” Brown says.

Farmers shy away from futures contracts because of potential margin calls. When prices move up, against the purchase, the broker asks for additional pay.

Margin calls are not bad news, Brown says. That means the cash price for the calves continues upward. The herd owner still owns the calves. At market, they will bring higher than expected prices. That bonus can offset the margin call.

The point of insurance is to buy it but not collect on it, Brown says. You are paying for protection.

When calf prices stayed steady for years at a time, with minor ups and downs, risk management was not as critical. In volatile times there are more risks, Brown says. He urges beef producers to learn risk management.

The last three years, beef producers have seen record returns per cow-calf unit. In 2014, returns hit $500 per cow. Overall, returns in 2015 will end near record highs for many. However, prices continue to slip.

After a sharp price drop there is often a year-end bounce, Brown told bankers.

“When calf prices are rising, stick with cash markets,” Brown says. “When prices start down, go with a futures-contract-based plan.”

Also, farmers should not plan to sell at the highest price of the season. “That’s hard to do,” he adds.

For any risk-management plan, producers must know their cost of production. “If costs aren’t known, you don’t know your risk exposure.”