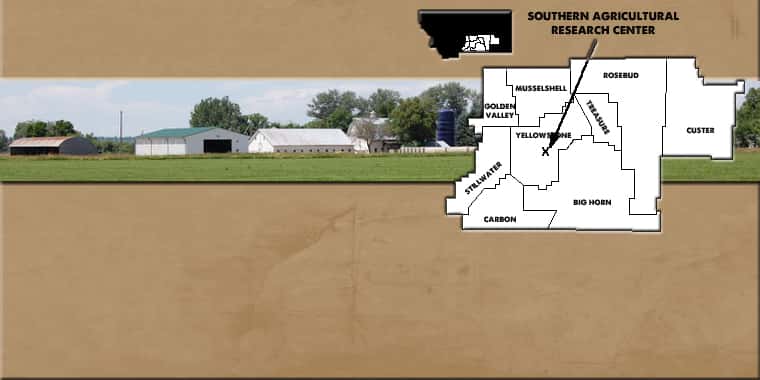 (Huntley) – The USDA’s Animal and Plant Health Inspection Service, APHIS, announced today that it is investigating the presence of volunteer wheat plants that exhibit resistance to the herbicide Roundup on the Southern Agricultural Research Center, SARC, near Huntley.

The announcement was made as part of a larger USDA APHIS announcement that it had concluded its investigation into the discovery of Roundup Ready resistant wheat volunteers in a farmer’s field in Oregon in May of 2013.

The USDA determined the Oregon incident appears to be a single, isolated case and that no Roundup Ready wheat has entered the commercial market.

APHIS opened its investigation at the SARC in mid-July after volunteer wheat plants survived repeated glyphosate applications, indicating that the plants had “Roundup Ready” resistance, which was confirmed by subsequent genetic testing. No previous problem with volunteer wheat had been observed at the center.

The Southern Agricultural Research Center is part of the Montana Agricultural Experiment Station, an agency of Montana State University.

Between 2000 and 2003, the SARC conducted testing on glyphosate-resistant wheat, commonly referred to as Roundup Ready wheat or genetically engineered (GE) wheat, at the center. That research was done on Monsanto-provided seed and under research compliance requirements set by the USDA.

In keeping with the compliance requirements from the 2000-2003 research, SARC and Monsanto promptly self-reported the existence of the 2014 plants to the USDA. MSU is cooperating fully with the USDA in its investigation.

The research between 2000 and 2003 met all the compliance requirements set by the USDA. The research involved herbicide resistance and had no connection to SARC’s wheat breeding program. The research was discontinued in 2003 and the research area has been used for commercial sugar beets and malt barley since 2006.

No wheat harvested at the SARC in 2014 has entered the commercial markets.

Monsanto has tested the source of the wheat planted at the SARC this year and a sample of the grain harvested from 2013 – no indication of GE wheat was detected in either.

Additionally, wheat MSU is using in its breeding programs this year and from 2013 is devoid of any GE contamination.

There is no indication that Roundup Ready wheat has entered the marketplace as seed, feed, or food based on a huge volume of testing done of U.S. wheat. As USDA reported last summer, there is no evidence that GE wheat is in commerce or any of the states where field tests were conducted. Furthermore, ongoing testing of wheat leaving PNW ports that was initiated by major importers of U.S. wheat last July has found no GE wheat in commerce.

Following the incident in Oregon in 2013 there has been a testing program in place for past year with no positives detected. No wheat from MSU is going into commerce from their wheat harvest this year.