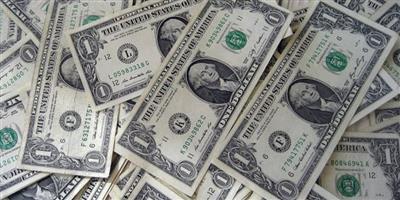 by Joel Schumacher, Extension Economics Associate Specialist in the Department of Agricultural Economics and Economics at Montana State University

One thing that really caught my attention during the election coverage earlier this month was a remark by a commentator that “people vote not acres.”  Maps were regularly shown that indicated the results for a particular contest that colored the counties or states that were for a particular candidate.  Interestingly, the size of the map has little to do with the number of votes that were actually cast for a particular candidate.  For example, Phillips County voters cast 2,231 votes for governor while Gallatin County voters cast 55,144 votes even though Phillips County is 98{e1c719bd29d6bb84a792d8ffcb03a61a093900316f2da3efbd39b86f03d248b8} larger in size.  While I don’t have any insights to offer in terms of the political implications of this recent election or any future elections, it does highlight a trend that has been going on for decades in Montana and across the country.  Population and economic activity has been shifting from rural areas to more urban areas. This is true in terms of big cities (such as Denver or Seattle) and small urban areas (such as Billings or Missoula).

Rural and urban economies also vary in the contributions of different industries that comprise their local economy.  Agriculture, mining and manufacturing contribute more to rural economies while service industries (such as financial services, legal services, and health services) are relatively more important in urban settings.  The report also defines rural counties with economies that are dependent on farming, manufacturing, recreation, government, mining and other.  Population growth since 2000 has been positive for the different economic classifications of rural counties except those with a reliance on agriculture.  In Montana, 15 counties are defined as farming dependent and only 3 of the 15 have had an increase in population since 2000.  Poverty rates are also reported by type of economic activity.  Farming and recreation dependent counties have the lowest poverty rates among rural counties.

Joel Schumacher, an extension economics associate specialist in the Department of Agricultural Economics and Economics at Montana State University. Much of his research has focused on understanding the economics and public policy implications of small and community scale alternative energy projects. Joel also researches and provides extension training in retirement planning, saving and investing. Helping Montanans stay up to date on the ever changing laws and regulations affecting consumer issues is an interesting and challenging area.