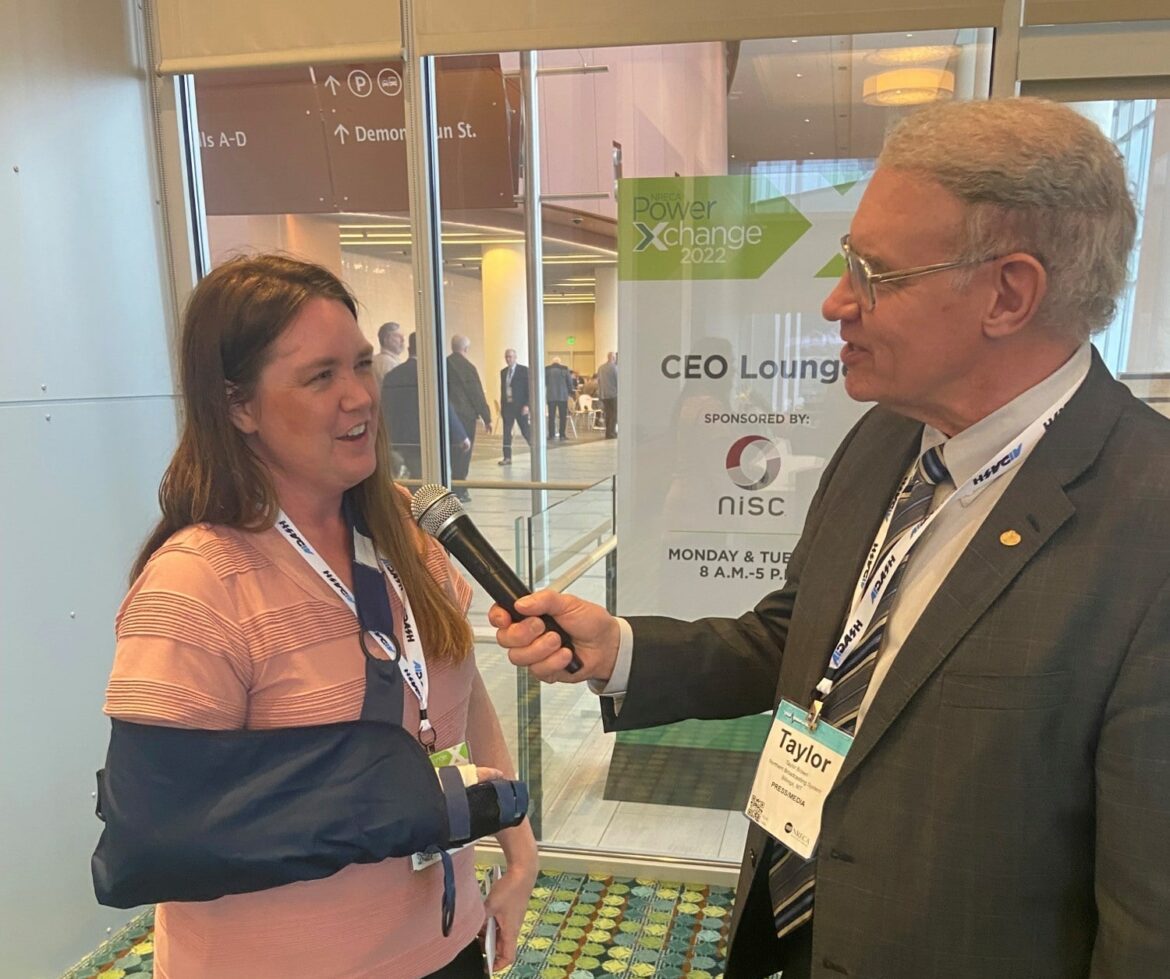 At the annual meeting of the National Rural Electric Cooperative Association this week in Nashville, the Montana Electric Co-ops brought a Resolution to urge the NRECA to support allowing state management of the Sage Grouse, particularly if the species is listed under the Endangered Species Act.

Gretchen Boardman of Big Flat Electric Co-op in Malta introduced the resolution which had broad support from other NRECA Regions across the nation.  Her local co-op along Montana’s Hi-Line has been an active leader in Montana’s Sage Grouse management.

The text of the proposed Resolution sponsored by the Montana Electric Cooperatives Association read simply:

“If the Sage Grouse is listed under the Endangered Species Act (ESA), we urge NRECA to ensure that states with effective sage grouse conservation plans are allowed to follow their state plans, and to ensure that additional ESA requirements are not imposed within those states.”

“We are as rural as it gets”, explained Boardman, “and it is super important that we have State Management, rather than Washington D.C.   Our Big Flat Electric Co-op’s whole system is either in ‘General’ or ‘Core’ Sage Grouse Habitat, except for the tiny town of Turner, so we have to make sure that we are taking care of the birds.  We want to make sure our members have power any place they want it, but we also have to make sure that those birds are safe, so we do things like make sure to avoid new construction during mating seasons, and do our due diligence.”

(PHOTO:  Taylor Brown interviews Gretchen Boardman, Manager of the Big Flat Electric Co-op in Malta about the Resolution on Sage Grouse Management that she carried to the National Rural Electric Cooperative Association’s annual meeting in Nashville on March 8, 2022.)