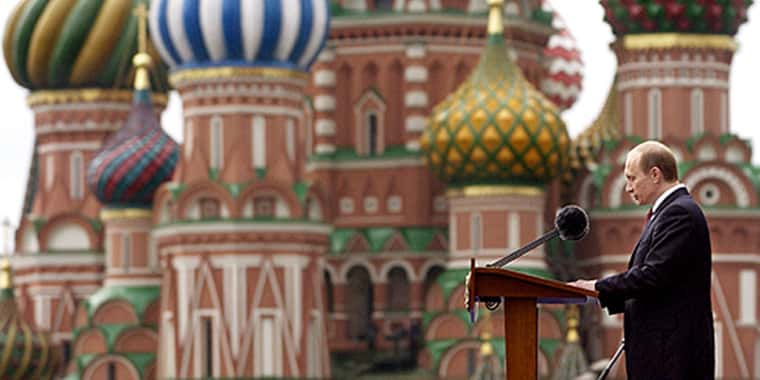 President Vladimir Putin plans to limit imports from countries that have imposed sanctions against Russia over the conflict with Ukraine.

MOSCOW (AP) — President Vladimir Putin has ordered government agencies to restrict imports of food and agricultural products from the countries that have imposed sanctions against Russia over the conflict in Ukraine.

The text of Putin's decree released by the Kremlin on Wednesday says that such imports will be “banned or limited” for one year. The decree doesn't name any specific countries or products, but contains an order to government agencies to spell them out.

The move follows the latest round of sanctions against Russia imposed by the European Union last week, which for the first time targeted entire sectors of the Russian economy.

The U.S. and the EU have accused Russia, which annexed Ukraine's Crimean Peninsula in March, of fomenting tensions in eastern Ukraine by supplying arms and expertise to a pro-Moscow insurgency, and have imposed asset freezes and loan bans on a score of individuals and companies.

Russia depends heavily on imported foodstuffs — most of it from the West — particularly in the largest and most prosperous cities such as Moscow. Agricultural imports from the United States alone have amounted to about $1 billion annually in recent years and in 2013 the EU's agricultural exports to Russia totaled 11.8 billion euros.

The order says the limits are being imposed “with the goal of guaranteeing the security of the Russian Federation” and calls for undertaking measures to guard against quick price hikes. Both those clauses appeared to indicate that the scope of the measures wouldn't be wide.

Putin's order appears to show that Russia, although increasingly suffering the effects of Western sanctions, is disinclined to back down on Ukraine. Russia denies allegations that it is supporting the Ukrainian rebels or supplying them with equipment and has rejected claims that its artillery has been firing from across the border.

As tensions over Ukraine rise, a respected newspaper this week cited unnamed sources as saying Russia is considering closing its airspace to European carriers flying to Asia. The report sent the stocks of some airlines sharply lower.

Foreign Minister Sergey Lavrov on Wednesday said he wouldn't comment on “rumors” of airspace being closed, but said “our Western partners should think about their companies and their citizens,” the Interfax news agency reported.

Russia last week banned the import of apples and some other fruits from Poland, saying this was because of sanitary concerns, but raising speculation that the move was in retaliation for Poland's support of the Ukrainian authorities.

What’s the Damage of Russian Retaliation?