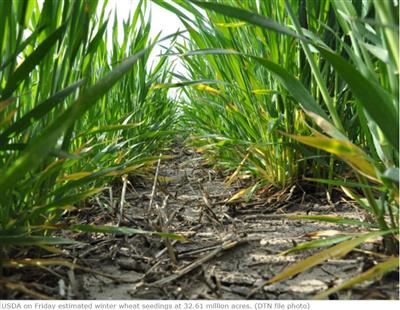 Cover crops are becoming increasingly important as a component of sustainable agriculture production.

In temperate regions of the world, rye is the most frequently grown cover crop, either as a sole crop or as a component of a cover crop mix. Rye, sometime referred to as cereal rye, is a cereal crop. When grown to maturity, the grain is used in breads, crackers and brewing, and as an animal feed.

As a cover crop, rye is particularly useful because it establishes quickly under a wide range of conditions and is a winter annual that has the potential to provide green cover in the fall and the spring prior to the planting of a spring-sown crop. Sometimes, however, a cover crop of rye can reduce the yield of a following cash crop if not properly managed.

“This, along with the fact that growing a rye cover crop is a new practice for most farmers in North Dakota, are reasons why NDSU Extension recently published a comprehensive guide on managing rye as a cover crop,” says Joel Ransom, Extension agronomist emeritus and one of the primary authors of the new publication.

This publication, titled “Growing Rye as a Cover Crop”, addresses questions that farmers might have on where to include rye in their cropping system and how to manage it for optimum benefit.

“This is one of the most comprehensive guides on growing rye available,” notes Kandel, one of the publication’s authors.

“The information is particularly useful to North Dakota farmers as it draws on the results of recent research conducted in the state,” says Greg Endres, NDSU Extension cropping systems specialist and a co-author of the publication.