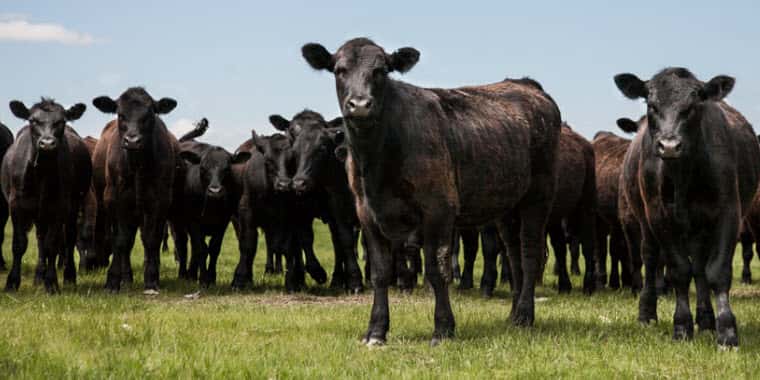 The Cottonwood field station was originally established in 1907 by the agricultural experiment station at South Dakota State University, with research focused on crops and soils. It is one of SDSU’s oldest research stations. The facility which now focuses on beef cattle production on the range, includes 2,640 acres between Wall and Phillip, South Dakota and 1100 acres of summer grazing pasture at Fort Meade near Rapid City.

Since the range and beef cattle experiment station has been in operation for so many years, research there has provided data that has been foundational in the establishment of industry knowledge still used in the state and region. One of those studies is an ongoing trial measuring the effects of different stocking rates on range and animal performance that has been in place for the last 60 years.

This summer the South Dakota Board of regents approved SDSU’s plans to renovate the Cottonwood field station during their June meeting. Farm Forum writes that the project will cost $6,000,000 with the goal of bringing the facility to the forefront of industry research, while educating ranchers and rangeland managers. The renovation is funded under Senate Bill 84, which Governor Kristi Noem signed into law during the 2022 South Dakota Legislative session.

West River Research and Extension Director Kristi Cammack said the station was damaged several years ago by a severe windstorm, and the university has been planning to modernize the facility to focus on the increasing applications of precision agriculture and sharing that research with producers.

“We took it as an opportunity to really transform that station into a forward leading, cutting-edge research station to bring us and our producers forward”, says Cammack.

Cammack said the upgrades would allow the Cottonwood facility to implement new studies with a focus on precision agriculture. A few examples she listed included virtual fencing for rotational grazing and precision feeders developed for range use to measure consumption more accurately in that setting.

The renovations would include a new facility for working cattle at the station in addition to a classroom for educational opportunities not only for local producers, but also students. Cammack said the educational facilities will accommodate learning opportunities for a variety of stakeholders.

“Of course, right now at SDSU we have our new two-plus-two veterinary program,” Cammack said. “So veterinary students that are in their first two years of veterinary school at SDSU can come out to the station, stay in the housing on site and get the hands-on experience with large animals during calving or breeding.”

Cammack concluded that the new facilities would also allow for more activities for area youth including 4-H and FFA events such as livestock Judging.