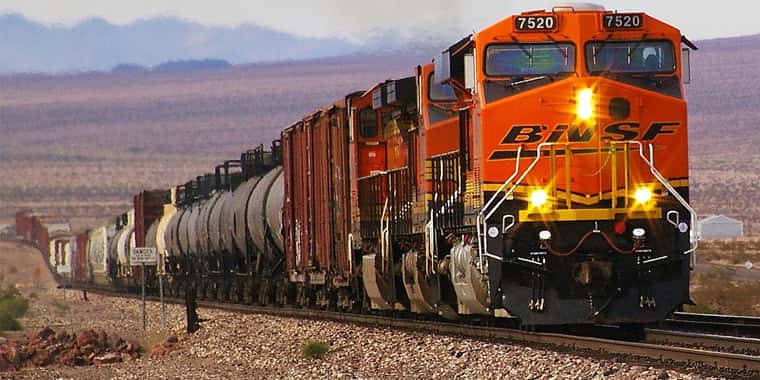 Railcar shortages were top of mind when the Agriculture Secretary talked to BNSF's major investor.

WASHINGTON (DTN) — Agriculture Secretary Tom Vilsack said Tuesday he had talked last Friday with investor Warren Buffett about the shortage of rail cars in the upper Plains and the slow service that farmers and country elevators are experiencing.

Speaking to reporters after a Growth Energy event, Vilsack said the conversation took place in Buffett's Omaha office and that Buffett had noted that the BNSF railroad, in which he is a major investor, has made commitments to improve service and the railroad's infrastructure.

But he said he has not been in contact with CP officials because he has decided that the best way for the Obama administration to communicate with CP is through the Surface Transportation Board, which is requiring statements from both railroads about the delivery of rail cars and service during the harvest season.

A USDA official added in a follow-up email that the secretary and Buffett discussed the wide variety of economic development work USDA is supporting throughout rural America.

“The discussion included USDA's many grant and loan programs, and the secretary's efforts to secure private-sector investment in rural businesses with the new Rural Business Investment Company and in infrastructure projects through the new Rural Infrastructure Opportunity Fund,” the official said.

In a related development, Sen. John Thune, R-S.D., announced that the Senate Commerce, Science, and Transportation Committee will mark up the bill to make changes to the Surface Transportation Board Wednesday.

Thune noted that the bill would change the internal process and increase timeliness of STB decisions to improve rail service. But the bill is not expected to move in time to affect the rail situation this year. There has not been a companion measure introduced in the House, and both the House and the Senate are expected to leave shortly to campaign before the November elections.

Fall Harvest Could Be “Complete Disaster”