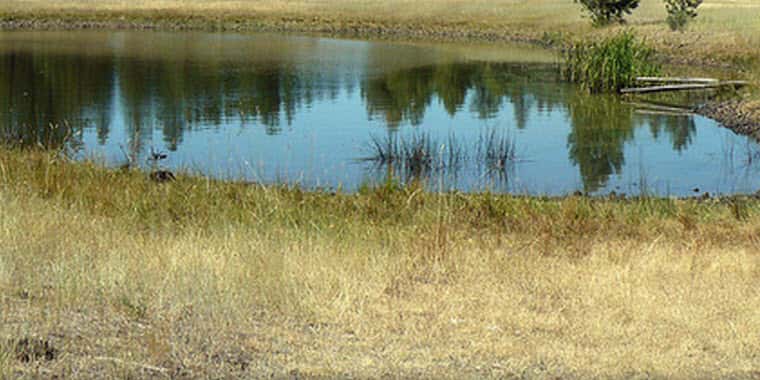 OMAHA (DTN) — A Wyoming family has gone from facing more than $20 million in fines for alleged violations of the Clean Water Act when they built a stock pond, to now having to plant trees and install livestock fencing, according to a proposed settlement filed by the U.S. Environmental Protection Agency in the U.S. District Court for the District of Wyoming this week.

Andrew Johnson, a welder who owned a small group of cattle and horses near Fort Bridger, Wyoming, saw his case draw national attention when EPA alleged violations of the law were committed when he built a stock pond although stock ponds are exempt from the Clean Water Act.

The proposed settlement will be subject to a public comment period.

When contacted by DTN, Johnson declined comment on the settlement until he was legally able to speak.

Johnson had retained the services of the Pacific Legal Foundation and sued EPA claiming the agency had violated the Administrative Procedures Act by not allowing him to appeal the allegations.

The PLF has had success against EPA in the United States Supreme Court, on a variety of Clean Water Act cases.

The Johnson case had drawn concern from the farming and ranching communities, because they feared stock ponds are actually considered to be jurisdictional waters although exempt even from the new waters of the United States rule held up in federal court.

As part of a settlement, Johnson would be required to plant dormant live willow cuttings in areas adjacent to his stock pond.

Those plantings would be required to be completed sometime this spring.

In addition, Johnson would be required to monitor “for the presence of invasive and noxious weeds through Sept. 30, 2017,” according to the proposed settlement.

“By Sept. 30, 2016, and Sept. 30, 2017, Mr. Johnson shall submit to EPA sufficiently detailed videos taken during the 2016 and 2017 summer growing seasons, respectively, to demonstrate compliance with the requirements of this mitigation plan,” according to court documents.

“No livestock shall be allowed access to the land on the south side of the pond through Sept. 30, 2017,” the proposed settlement reads.

Johnson faced fines as high as $37,500 a day for building a stock pond on his 8-acre tract in 2012. He constructed the pond after obtaining all of the necessary permits from the state of Wyoming. EPA ordered Johnson to remove the pond. Johnson countered by asking a federal court in Wyoming to nullify the order.

Even the new waters of the United States rule tied up in federal court exempts stock ponds from the Clean Water Act, though it offers no definition of “stock ponds” or “dams.”

With a state engineer's permit in hand, Johnson constructed what has become a wildlife oasis along 2-foot-wide by inches-deep Six Mile Creek on his small cattle operation in the southwestern part of the state. An engineer's analysis found the creek is not connected to waters of the United States.

Once EPA caught wind of the project built without a Clean Water Act permit, the agency ordered Johnson to remove what it says is a dam and to restore the creek — or face potential penalties of some $75,000 a day until the work is completed. EPA contends Johnson's pond doesn't qualify for an agriculture exemption.

The state of Wyoming issues stock pond permits for structures with dams of up to 20 feet high and ponds that contain no more than 20 acre feet of water. State officials told DTN there are thousands of stock ponds in Wyoming similar to Johnson's.

A Push for National Monument Designation Where Bundy Cows Roam