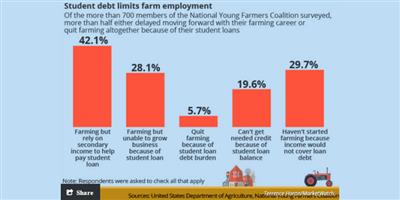 Are the farmers who grow the nation’s food public servants? Not according to the government — but some advocates and bipartisan legislators are trying to change that, pushing a proposal to add farming to the list of public service fields entitled to student debt forgiveness.

The effort is an indication that the student debt crisis has fueled concerns about the future of one of the country’s oldest professions and, perhaps, even endangered the food supply.

Advocates say that debt may be keeping young Americans from starting farms, buying land, or even considering farming to begin with, perhaps meaning there won’t be enough farmers to take over when the current generation retires.

“We’re increasingly moving toward a system where the barriers to entry in farming as a young person are too high,” said Eric Hansen, a policy analyst at the National Young Farmer’s Coalition, the advocacy group behind a push to include farming in the Public Service Loan Forgiveness Program.

But some question whether characterizing for-profit farming as a public service is the right way to tackle issues facing potential farmers — and, more broadly, whether the program, meant to encourage educated workers to enter relatively low-paying professions such as social work, early childhood education and government — is in need of refinement, rater than expansion. 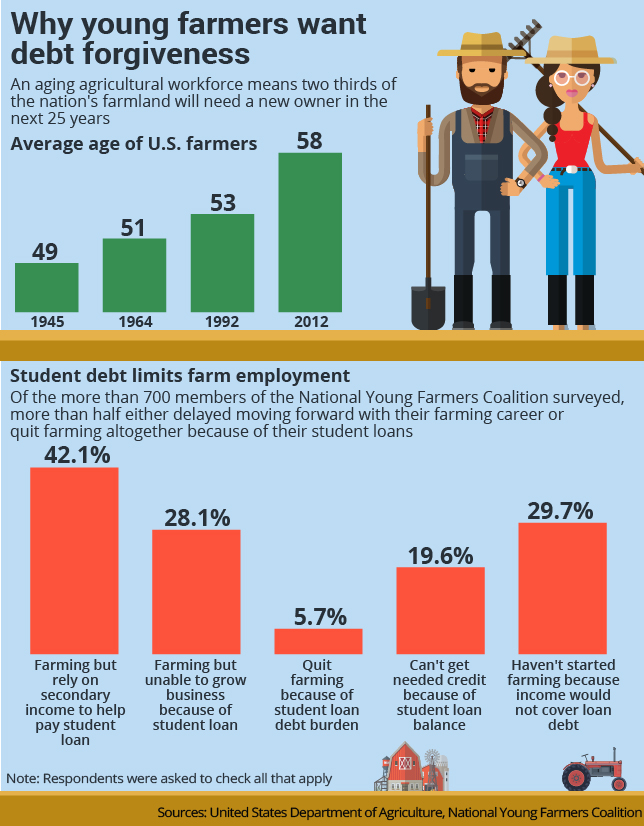 Time for Ag Groups to Stand Up for U.S. Cattle Producers